You are here: Home / The ChangingAging Tour / University Blends Child and Elder Care to Build Community 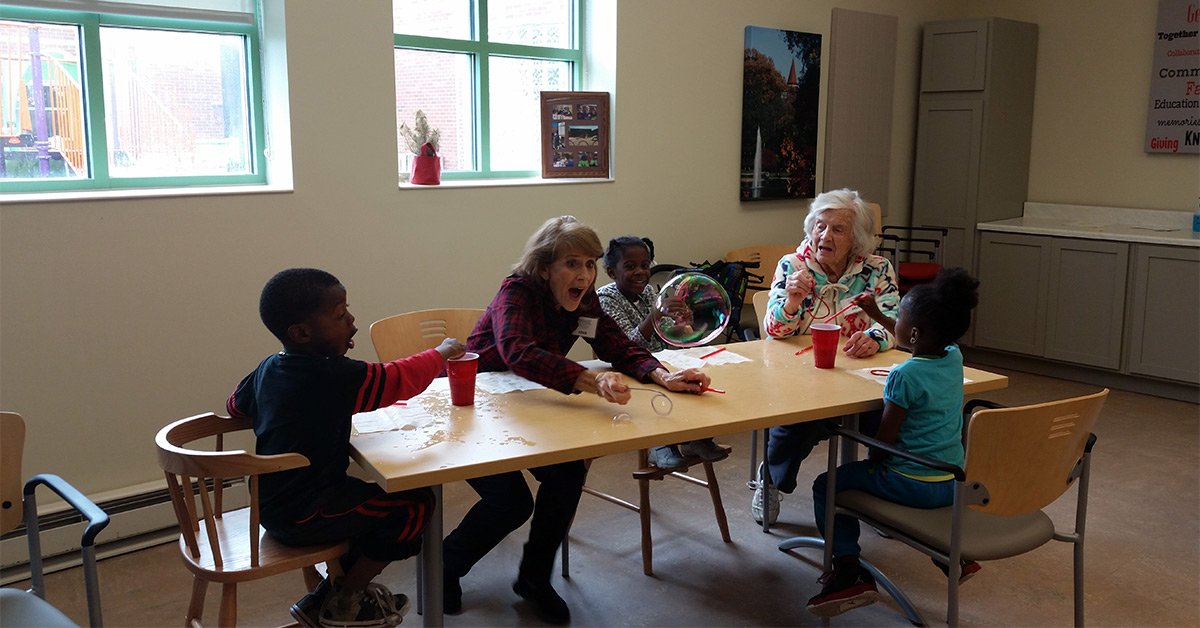 On any given weekday at 240 North Champion Street in the Near East Side neighborhood of Columbus, Ohio, elders and preschoolers can be seen mixing bubble solutions and puffing at them together in the activity room, caring for plants outside in the mobile gardening units, reading books aloud to one another in the classroom, or rehearsing a play in the auditorium. These are just a few of the many scenes that play out daily at the Champion Intergenerational Enrichment and Education Center, an Ohio State University (OSU)/community collaboration that engages older adults, college students, children, and the surrounding community in purposeful activities, education, research, and caregiving.

Seven years in the making, Champion opened its doors last November and is, by all accounts, an unqualified success. Each weekday, some 56 children and 50 older adults are in attendance at the center. Approximately six to eight OSU students and 30 staff members also either facilitate activities or take part in them on a daily basis.

Champion encompasses a neighborhood adult day center and preschool. The OSU students are an integral part of the center’s activities as well—as idea generators, students of geriatric social work, medicine, and nursing, and sometimes just as young adults having fun with children and elders.

One of the many things that make the program unique is its ability to foster mindful interaction among three generations of individuals, explains OSU Program Manager Elizabeth Speidel. Describing the atmosphere as “magical,” Speidel gushes about the participants’ ability to have fun and be “completely present and in the moment,” she says. “When comes down to it—it’s when you get into those moments they’re amazing and you can see it with students, kids, and older adults.” 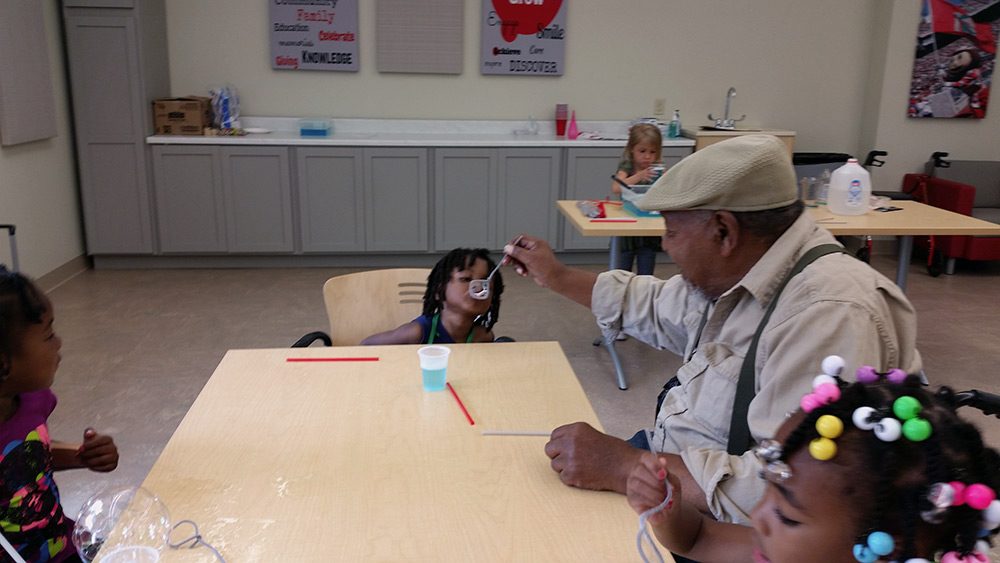 Adding to the exceptional nature of the center is its location. Near downtown Columbus, it sits across the street from a 104-unit affordable-housing apartment building for older adults and is just blocks away from OSU Hospital East. National Church Residences, a non-profit seniors services organization that owns and manages the adult day center at Champion, and OSU staff reached out to the tenants to provide health assessments and solicit volunteer help, while the nearby hospital provides additional opportunities to serve the community, says Speidel.

Timing and Will Power Bring it Together

According to the many stakeholders involved in launching the center, it all came together with uncanny timing, serendipitous space availability, and very willing partners. Although the center is a collaboration of many entities, it really is the brainchild of Linda Mauger, former director of the OSU Office of Geriatrics and Gerontology, who wanted to see the center through to its launch before she retired earlier this year. 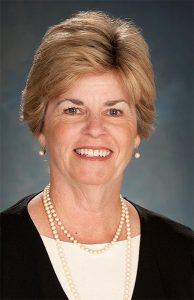 “My personal goal was to create a place where everyone could recognize that aging is a lifelong pursuit. So if we have children, and their parents, older adults and their children, and we had OSU students, and we have staff, we’ve covered all the generations in multiple ways so we could really enhance lives and teach our students what it means to be an older adult,” says Mauger. “They are simply children who’ve grown to 80 years old and lived a full life, and I wanted them to appreciate that and understand that, and care for them in multiple ways.”

Mauger notes that the involvement of OSU’s College of Medicine, College of Nursing, and College of Social Work were vital to its genesis. “They jumped in and saw the vision and worked with us, and that was quite a feat for a university.”

Among the other key players in Champion’s launch were the Columbus Early Learning Centers, National Church Residences; Columbus Metropolitan Housing Authority (CMHA); and Partners Achieving Community Transformation (PACT), a partnership between the City of Columbus, OSU, CMHA, and Near East Side stakeholders.

“We want to be a place where ageism doesn’t exist,” says Dan Fagan, National Church vice president of population health management. To that end, Fagan says they were sure to train the staff well and educate the center’s preschoolers about older adults before the adult day component opened. Fagan explains that National Church staff took steps to expose the kids to some of the accouterments that older adults utilize for mobility, such as walkers, oxygen tanks, and wheelchairs. “They brought the items into the classroom to take the fear out of it for the kids,” he says.

Fagan also has very personal reason to be proud of Champion—his father attends the adult day center and serves as a reading coach in the preschool classroom. “I would never have thought this would be as beneficial for him as it is,” Fagan says. “It’s his purpose now, and it has changed his relationships with his kids and my mother for the better.” 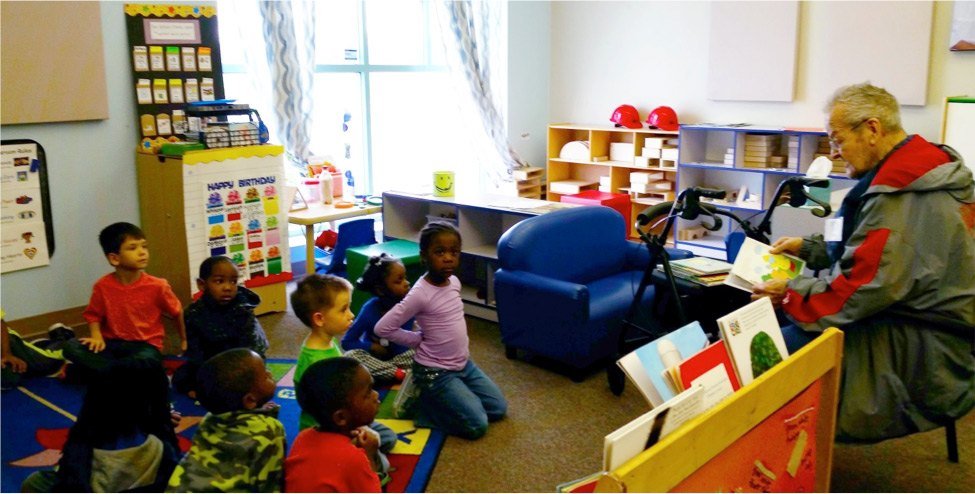 Neither OSU nor National Church has plans, at this point, to replicate the Champion program, but they are both involved in studying its impact on the participants with an eye toward educating others about its benefits and ensuring that it continues to serve the community in the best way possible.

Dr. Bill Thomas and the Age of Disruption tour will arrive at the Greater Columbus Convention Center on Oct. 18, 2016. He and his comrades will bring a radical new approach—and conversation—to growth and aging to the Columbus area. The tour also brings with it Disrupt Dementia, a community-based workshop, and Dr. Thomas’ signature “non-fiction theater” performance, Life’s Most Dangerous Game, featuring the unconventional pairing of a physician (Dr. Thomas) and a musician, Nate Silas Richardson.