You are here: Home / Health and Wellness / You Can’t Exercise Your Way Out of Aging 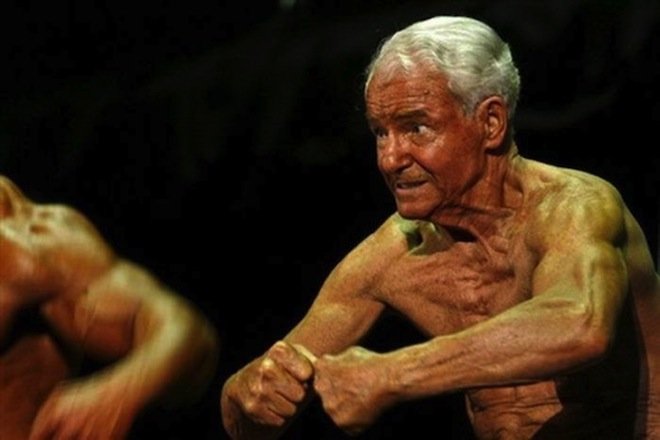 Wow, this is a blow to anti-agers everywhere.  Contrary to long held beliefs that exercise can help slow the aging of muscles, new genetic research out of the UK finds that link “implausible”.

Loss of muscle is one of the biggest challenges associated with aging. Unlike wrinkles or gray hair, which are completely harmless, loss of muscle strength leads to frailty and increases the risk of falls. “Move it or lose it” has long been the conventional wisdom and experts widely recommend older adults engage in frequent muscle-strengthening exercise routines.

Does this new research mean exercise is futile? No. Exercise and cardiovascular health are extremely important and recent research even indicates it can help protect our brains from dementia. What this study offers is new insights on the aging process in humans and a challenge to some long-held assumptions about aging.

For instance, the Centre for Aging Research in England advises the government that muscle aging is caused by things like insufficient physical activity, said Jamie Timmons, professor of Systems Biology in the School of Sport, Exercise and Health Sciences at Loughborough University, whose study was released in the March issue of PLOS Genetics.

“However, when we look at the changes in human muscle with age, in both people from the UK and the USA, we do not observe physical activity altering the age-related biological changes,” he adds.

Instead, they found human response to exercise is highly variable, and that our genes largely determine how our muscles respond and age.

Timmons wrote that some people do achieve “good functional effects” from exercising, but that nearly one quarter of people gain no benefit from exercising because they simply can’t grow muscle.

“In short, a simple link between muscle aging and lack of exercise is not plausible,” he asserts.

In other words, biologically speaking, age has its own influence on muscle, that is separate from that of physical activity.

This is a fundamental blow to people who embrace a “Realist” perspective of aging as something they can and should fight tooth and nail. They dedicate themselves to following every piece of advice that Oprah or AARP promotes to live longer, look younger and stay healthy.

Certainly, there is nothing wrong with desiring or pursuing health and vitality. But increasingly people — men in particular when it comes to muscles — are going to extraordinary and even dangerous lengths to “fight aging.”

The Atlantic had a compelling article last week about the dangerous increase of Testosterone abuse among older men. Testosterone Replacement Treatments (TRT) once reserved for a tiny fraction of the population who suffer from legitimate Testosterone deficiencies are being mass-marketed to all men as a miraculous fountain of muscle-bound youth:

In the age-old tradition of snake oil peddlers and traveling medicine shows, TRT is but the latest elixir from the fountain of youth. Offering a heady brew of hope and hype distilled at the drawing boards of advertising agencies, tubes of testosterone are the latest wares for the unwary.

I wonder how old we need to get before we gain the wisdom to accept the things we can’t change.