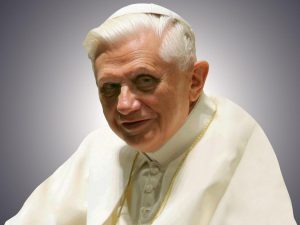 I am not a Catholic but I did read the Pope’s statement to the Cardinals with interest.

He writes, “I have come to the certainty that my strengths, due to an advanced age, are no longer suited to an adequate exercise of the Petrine ministry.”

No matter what one thinks about this Pope’s tenure (and there are some very negative reviews in circulation), this statement is deeply insightful. A good old age is largely the product of setting and re-setting the boundaries and limits that best match one’s capacities to the requirements of daily life. It is likely that the daily grind of being Pope would overtax many younger people and it is aslo likely there are many older people who could handle them with aplomb.

The point is that aging is a an exercise in individuation. What matters most is not what most older people could do or would want to do but rather what this man feels is right for him.

There is another point worth making here. This man had the freedom to choose his path, to change his circumstances and re-imagine his life. Many millions of others do not live their old age surrounded by acolytes and dwelling in gilded palaces. For these people the ability to match one’s circumstances to a changing set of capacities is far more limited.

The Pope’s decision will make headlines around the world but the real story here lies in the need to change aging for everyone. We all deserve to live our lives knowing that an elderhood free from the most pressing cares and gifted with the self-respect that accompanies autonomy can be ours someday.