In my upcoming book Second Wind, I explore an emerging subculture that embraces the personal and the public dimensions of aging. I call this group of people “The Enthusiasts.”

But on this Eve every year, we are reminded that the Enthusiasts have a “secret weapon” that just might be able to tilt American culture in their direction.

Alone among the leading cultural figures of American society, Santa Claus qualifies as our only pro-aging icon. He is eminently comfortable with his own age and deeply concerned about the welfare of others. With his extraordinary magical abilities he could, presumably, “reverse aging” for himself, but knows that doing so would be an act of foolishness. 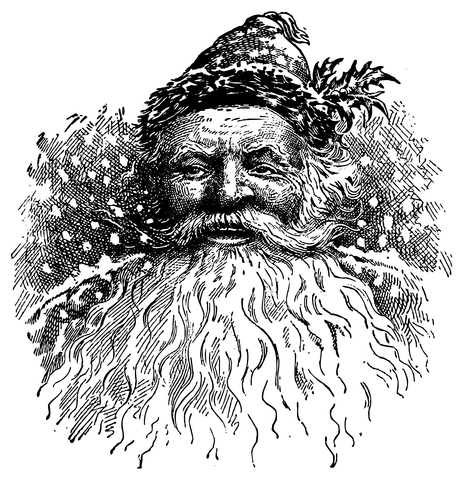 Although his history is necessarily long and tangled, at least one part of the Santa Claus persona can be said to have descended from the Norse god Odin. Most commonly pictured as an old, white-bearded man wearing a cloak, Odin was known to arrive out of the far north astride “Sleipnir,” an eight-legged horse that could leap great distances. In the pre-Christian era (and still sometimes today) children would celebrate Yule by placing boots, filled with carrots, straw, or sugar, by the chimney. During the night, Sleipnir would eat these snacks and Odin would reward their generosity by replacing the food with gifts and candy.

The modern American understanding of Santa Claus is largely derived from the 1823 poem “T’was the Night Before Christmas.” The poem also happens to anticipate much of the Enthusiast vision of aging.

Down the chimney St. Nicholas came with a bound.

He was dressed all in fur, from his head to his foot,

And his clothes were all tarnished with ashes and soot;

A bundle of toys he had flung on his back,

And he looked like a peddler just opening his pack. 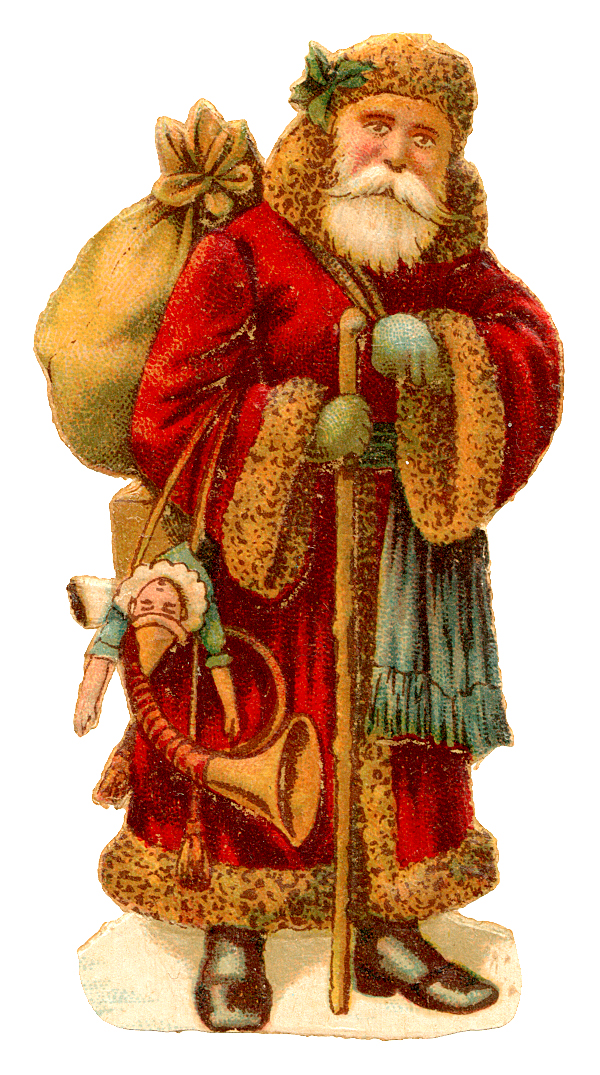 The poem captures the wear and tear of a life well and fully lived, “his clothes were all tarnished with ashes and soot,” and juxtaposes this image with a sense of great, evidently bottomless reservoir of wealth. He is more than a mere peddler, he is, as we will see, also a genius of reciprocity.

His eyes — how they twinkled! his dimples how merry!

His droll little mouth was drawn up like a bow,

And the beard of his chin was as white as the snow;

He is old, there can be no question about that, and even though he possesses fantastic magical abilities his beard remains “white as snow.”  His age is not a detriment but rather serves as an essential element of this character.  Even though he could easily disguise his true age, he chooses not too. He is also happy. He is observed going about his work with twinkling eyes and a mouth “drawn up like a bow.”

The stump of a pipe he held tight in his teeth,

And the smoke it encircled his head like a wreath;

He had a broad face and a little round belly,

That shook, when he laughed like a bowlful of jelly.

He was chubby and plump, a right jolly old elf,

And I laughed when I saw him, in spite of myself;

A wink of his eye and a twist of his head,

Soon gave me to know I had nothing to dread;

This was written nearly two centuries ago, and in those days, the smoking of tobacco carried with it a whiff of self-indulgence. It was something that was done for pleasure alone. The “broad face” and “little round belly” also hints at well-developed capacity for enjoying good food eaten in good company. The 19th Century psychologist William James wrote,  “How pleasant is the day when we give up striving to be young—or slender.”  Although this is not well appreciated in contemporary American society, we really do have “nothing to dread” either from such a man or the stage of life he inhabits.

He spoke not a word, but went straight to his work,

And filled all the stockings; then turned with a jerk,

And laying his finger aside of his nose,

And giving a nod, up the chimney he rose;

“He spoke not a word” because he was unconcerned with the outer world of appearance, prestige and perfection. He has nothing to prove to the poem’s middle-aged narrator. He is instead fully engaged by an “inner world of imagination, gratitude and tolerance.” His is a giving soul and while his reasons are not explored here it is clear that he is most interested in the happiness of the children of the house. He is fully engaged in the work of intergenerational reciprocity.