You are here: Home / ChangingAging / Power of Story Telling 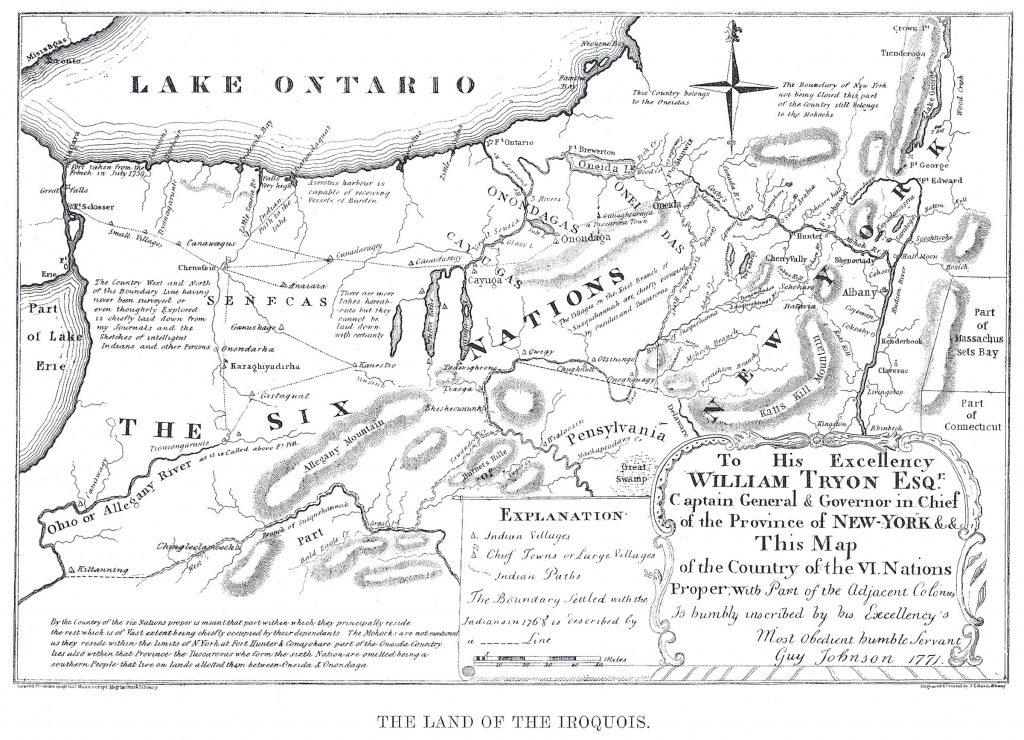 In 1999 Dr. Bill Thomas and I were invited by Chief Oren Lyons to visit The People of the Six Nations, also known by the French term, Iroquois Confederacy. The Native Americans call themselves the Hau de no sau nee (ho dee noe sho nee) meaning People Building a Long House.

The purpose of the visit was to discuss long-term care options with the elders of the Six Nations.

Located in the northeastern region of North America, originally the Six Nations was five and included the Mohawks, Oneidas, Onondagas, Cayugas, and Senecas. The sixth nation, the Tuscaroras, migrated into Iroquois country in the early eighteenth century. Together these peoples comprise the oldest living participatory democracy on earth. Their story, and governance truly based on the consent of the governed, contains a great deal of life-promoting intelligence for those of us not familiar with this area of American history. The original US representative democracy, fashioned by such central authors as Benjamin Franklin and Thomas Jefferson, drew much inspiration from this confederacy of nations.

And although I drew great inspiration from the ceremony and camaraderie that day, it was not the Native Americans who proved to be the most impressive – but rather, much to my surprise, Bill Thomas.

As a lunch of buffalo finally settled in an otherwise courageous stomach, and the winter sun began to drop behind the mountains, one of the young Native American women who had attended the event stood, pointed her finger at me, and with a pronounced scowl, demanded to be recognized.

You could have heard a tobacco pouch drop.

Seconds later she launched into an indictment of “the evil white man” circa 1700-1970. It wasn’t pretty.

And the more I tried to extinguish the fires of anger, the uglier it got.

Suddenly, from behind me, a firm yet forgiving voice cut through the angst and confusion with five simple words: “Let me share a story.”

Then, with a unique mix of Mark Twain and Rumi, Bill Thomas wove a short narrative into a tapestry. Even the tribal elders, who spoke no English, were smiling at each other. Thanks, Bill.

Post Script: What follows was culled from an interview I had some months later with Chief Oren Lyons.

“Martin…We’ve always been a very spiritual people. Much of our culture revolves around ceremony and thanksgiving, and when an elder speaks they carry an authority and wisdom that only comes with age and experience – when the sharp emotions of youth are worn down and rounded.

There is a standard in the Natural World, where the elders always are, in which they are perceived as leaders. In a buffalo herd, the eldest is the leader. In the forest, the oldest, largest trees are the most fruitful and productive. They are the great seed bearers. If you look only to the Natural World, you will see the value that nature places on aging.

There is a standard of law and authority that we live by, and we call it the Natural Law, and that law prevails. And we understand this.

In many of today’s industrial nations, they generate their power and authority from youth – they build their foundation on the strength of their young, and this is a great loss; a great disconnect between that society and their elderly”