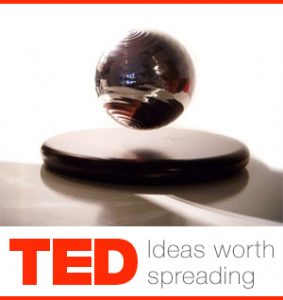 As we have noted, I am working on a talk I will be giving at TEDx “Alive.”  The opening of the talk is going to make the case that we are, increasingly, living in a way that calls for another way of living. We are out of balance.

“TED” stands for “technology, entertainment and design” and my remarks will center on — design.

The time poverty, hurry sickness and worship of efficiency that virtually defines contemporary life are not, as we commonly suppose, the consequence of our advancing technology. Instead, the problem lies in the structure of the human lifecycle.

Every society has its own way of defining the arc of life that stretches from birth to death. The American life cycle has three stages.

We can see this arc in the story of the the generation that was born in the aftermath of World War II. Because of their size, and the “booomy” way in which they arrived on the scene, this generation has amplified the life cycle.

The myth, which surrounds the Baby Boom generation, begins with the sweet innocence of 78 million children born in the aftermath of World War II and builds toward a rebellion that threatens the foundations of American society. At the last possible moment, the grownups regained control and used their authority to quash the unrest and restored social order.  The Boomers “grew up” and with their adulthood came the fantasies of perpetual youth, vigor, energy, drive and ambition.

Now we are beginning to see the flaw in the American vision of perpetual adulthood.

It turns out that we are all subject to an Iron Law.   Every morning we all wake up one day older. In American society this means that every day, the Boomers wake up one day farther removed from the epicenter of youthful vigor, strength and stamina. To age, in the role of adulthood, is to play a loser’s game.

Around the world and through history human beings have understood that there is life beyond adulthood.  This stage of life is called “elderhood.” Elderhood follows adulthood in the same way that adulthood follows childhood.

We need elders and elderhood because they are the glue that holds us together.