You are here: Home / Embracing Elderhood / How Do I Use This Internet Machine 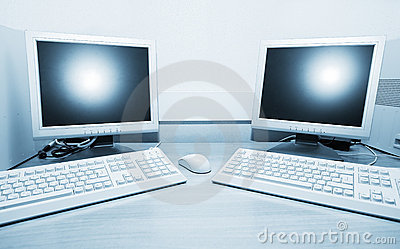 My husband and I have a friend named Doug. Doug is in his late 50’s and is the epitome of a “technophobe.” He is highly fearful and mistrusting of all technology. He refuses to text, or email, or to use an “Internet Machine,” his term for a computer. For Christmas this year, we got his wife, who possesses a much more innovative spirit, a Kindle Fire. Doug promptly christened it a “portable internet machine” and was dumbfounded by his wife’s enthusiasm for her gift.

Unlike Doug, most of us in our fourth or fifth decades of life are very comfortable with, and dependent on, technology and computer gadgets. We stream, we blog, we text, we post, and we email continuously. So much so, that we have had to enact laws limiting these activities while driving.

Not so for older adults. Many of them are very similar to Doug. A 2012 study conducted by the Pew Research Center’s Internet and American Life Project found that while over half of those over age 65 are now using the internet or email, only 34 percent of those over age 75 use this technology. Further, only 21 percent of those in that age bracket have internet access in their homes.

As we know, people’s worlds ‘shrink’ as they age. Physical challenges, loss of friends and family members, a changing societal landscape, inability to drive to get to church, the library, the senior center… all contribute to isolation. Further, we know that isolation has dangerous consequences. Quite literally, isolation kills.

Those in the over 75 age group are most at risk for isolation and loneliness yet are the least likely to participate in technology that could help them maintain existing connections and build new connections through email, social networking, video-conferencing and the like.

Fear is cited as the most common reason for shying away from learning how to use a computer. Indeed, the Pew research found that when they asked people in the over-75 age group about why they hadn’t made the leap, many indicated that they didn’t feel confident that they would be able to get on-line without help. Others didn’t feel that the technology would be relevant to their lives.

I think about my grandmother who consistently and persistently rebuffed our attempts to get her into the information age. “I’m just not interested in it. I can’t see how that could be something I would like,” she would say. While at the time, I thought that she was just being stubborn (which she was known to be), I now understand that really, she was probably fearful. And she probably really didn’t understand how a computer could open new worlds to her – allow her to look up information on what vitamins would best help her arthritis, or to see her mother’s birthplace in Poland, or to share her photos of her beautiful garden or look at pictures of her great-grandchildren in an instant.

Clermont Park has taken a significant leap forward in providing the opportunity for seniors to learn and become comfortable with technology. The entire community is equipped with affordable in-house wireless internet, and all residential apartment homes are being equipped with Touchtown‘s new program featuring Samsung Galaxy tablets with specially designed applications for communication and information sharing within the community as well as opportunities to explore the world of information and communication that is available through email and the internet. As the average age of Clermont Park residents is around 84, many have never used a computer and the majority certainly have not fiddled with a touchscreen device. Consider that many of the CP residents would have been winding down their careers in the late 70’s or early 80’s. The Sony Walkman and the microwave oven were new and exciting technology during those years. Computers just weren’t a part of life back then.

Knowing that using a touchscreen tablet was a new and scary world for many, Clermont Park enlisted the help of some technology innovators among the resident population to pilot the tablets and the applications, help design new applications and to teach other residents how to use their new gadgets. The training is done in small groups and runs the gamut from how to properly ‘touch’ a touchscreen to how to use the applications to “check in” each morning, how to view calendars and menus, and how to find contact information for neighbors and staff. As residents become more daring, training is available on email, Skype, and internet use.

With about half of the residents trained as of now, we are seeing worlds opening already. While some are still tentative and fearful, they are gaining confidence and with that a more optimistic view of what may happen next. Adult children of these residents are ecstatic. So many times in the past we would hear, “I keep trying to talk mom into trying email but she says no way.” They better watch out, it may not be long before mom is posting embarrassing childhood photos of them via her internet machine.