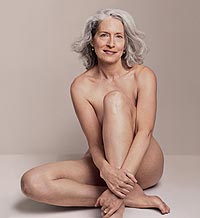 We’ve been following Dove’s experience with their “Pro-Aging” consumer ad campaign. See THIS. I recently saw that David Wolfe, a noted author and expert in marketing to older customers had a some news to report on this front. He writes…

“Several years ago personal products marketer Dove kicked off a campaign that stunned the marketing world. It featured models sporting freckles, birthmarks and even wrinkles. One model was a 93-year-old African American woman. It was called the Real Beauty campaign. The Real Beauty campaign was an instant success, pushing sales into the double digit column first in Europe where it was launched, followed by the UK and ultimately in the U.S. . . . . . Dove was so convinced that it had made the discovery of the century in consumer behavior that it launched a new campaign aimed at older women in which it treated aging as forthrightly as it had done on the subject of beauty. Called the Pro-aging campaign, it had disappointing results.”

David points readers to a news item that was picked up by Michele Miller at Wonder Branding. Michelle reports…

There was one quiet item in the news out of London this morning, with MarketingWeek reporting that Dove has ordered its ad agency, Ogilvy, to dump the highly successful “Real Beauty” campaign for something “less preachy.”

Rumor has it that the new campaign, still under wraps with the code name “Darwin,” is aimed away from body image and more toward helping women feel more confident in their appearance through “fun” messaging. Real women will no longer be the focus, it seems, since the new campaign will return to featuring models.

Emphasis mine. I agree with this decision (not that they care what I think) and hope they explore more sophisticated expressions of the Pro-Aging world view. I’ll keep watch for where Ogilvy goes with this.