You are here: Home / ChangingAging / “We Have Met the Enemy, and He Is Us” 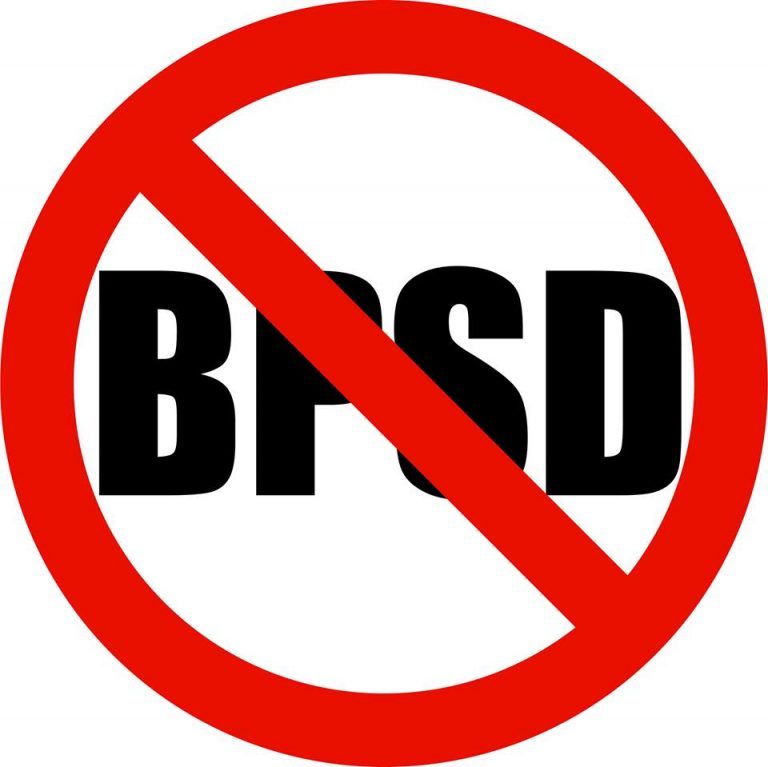 Recently, blogger Susan Macaulay posted a comment detailing the various medical organizations and government bodies around the world that have spoken out against the use of antipsychotic drugs in people living with a diagnosis of dementia. She cited several guidelines whose language was quite clear on the matter. Or was it?

Susan finished up the post by asking why, in the face of all of these guidelines, we still see so many of these drugs being given. Since Susan tagged me when she posted this on the Twitter feed, it only seemed appropriate that I give my opinion, (though 140 characters wasn’t going to be enough).

Would it surprise you if I said that the very organizations that are discouraging the use of these drugs are actually convincing people to use them?? It’s a matter of language.

You see, in spite of the apparent strong wording of these guidelines, virtually all say that the drugs should not be used as a first line therapy for behavioral and psychological symptoms of dementia (“BPSD”). And there’s the rub.

The biggest barrier to curbing inappropriate drug use lies in the characterization of people’s words and actions as symptoms of disease. The term BPSD (sometimes referred to as NPS—neuropsychiatric symptoms of dementia) creates the mindset that provides the slippery slope to using just those drugs we wish to avoid.

A symptom is something a person feels as a result of a disease. But if someone is upset because her words are ignored, her shower is too cold, or she is not treated humanely, are those symptoms of dementia? Is being upset about being kept in a locked unit a symptom of dementia? If you believe that to be the case, then it would be hard not to conclude that psychotropic drugs are needed.

But if 150 U.S. nursing homes use no antipsychotics and hundreds more only use them 1-3% of the time, how does the BPSD concept explain those successes? Is a humane, relational approach to care somehow targeting dopamine receptors or activating “low affinity N-methyl-D-aspartate antagonists” in the brain? Or is it just possible the concept is incorrect?

Now, let’s be clear: there is real neurological damage in the brains of people living with the diagnosis. As a result, the person may be less able to cope with stressors, may not remember the information needed to maintain a sense of agency and control over the situation, or may have to rely on different communication pathways than we appreciate. But that is not the root cause of the distress, and drugging the brain is not the solution.

This is more than a matter of semantics. Consider this: antipsychotics have been shown in multiple studies to be largely ineffective and potentially dangerous to use for people living with dementia. They are not approved by the U.S. Food and Drug Administration, and have a black box warning not to use them in this population due to excess mortality and stroke. Janssen Pharmaceuticals, makers of the antipsychotic drug risperidone, paid a $2.5 billion criminal penalty last year for illegally marketing the drug for use in people with dementia and adolescents. But in spite of all this, risperidone has been approved for use in Australia to treat “BPSD.”

Are Australian brains different from American ones? Of course not; so in effect, the Australian authorities have sanctioned such drug use, and all of its attendant risk, for their citizens. Furthermore, most journal articles and media state, “up to 90% of people with dementia will have a BPSD.” So virtually everyone with the diagnosis of dementia in Australia can legally be given this drug, despite all the evidence against it.

The origin of the BPSD terminology can be linked to task force meetings of the International Psychogeriatric Association in 1996 and 1999. And this task force was supported by an “educational grant” from—you guessed it—Janssen Pharmaceuticals.

This brings to mind the famous quote by Clay Shirkey that “institutions tend to preserve the kinds of problems for which they are the solution.”

But before we simply condemn the psychiatrists of the world for perpetrating this paradigm, consider this: the BPSD concept has been avidly taken up by Alzheimer’s societies, the media, health care professionals of all stripes, and most educational programs, even those that claim to be “person-centered.”

So to get back to Susan’s question of why such drug use continues, we must all start by taking a long, hard look in the mirror. And then we must stand up and speak out.

This concept is so ingrained that I am very likely to be dismissed as a lunatic. And yet the proof is right in front of us. Many organizations that have adopted my strategies and similar ones can preserve well-being and virtually eliminate the use of such drugs, if they do the necessary transformational work. Following the BPSD mindset has never accomplished these results—only more medication, stigmatization, and ill-being.

I have had some discussions with a small cadre of like-minded folks who wish to challenge this paradigm (Prof. Dawn Brooker, Christine Bryden, Daniella Greenwood, Prof. Steven Sabat, and Kate Swaffer); but it’s an uphill battle against an entrenched philosophy, and not for the faint of heart or the easily offended. Who wants to help me rattle some cages?