You are here: Home / Disrupting Dementia / Richard Taylor Checks In After Battling Cancer

I am Richard Taylor, “long time no see.” It has been six months since last I sent out an epistle. I am still living with more and more of the symptoms of dementia. And I am, at least until the results of my next MRI (in six months) cancer free. I am arising out of the fatigue and multiple insults to multiple organs of my body over the course of the past nine months. Unfortunately both the treatments (chemo therapy and radiation, and radical surgery (Ivo(or e)rs Lewis 10 hour operation procedure) and the esophageal cancer are now part of my past.

The fatigue, disorientation, deepened dementia symptoms, and did I mention the fatigue, are a part of my present; and according to my doctor, will remain with me for about seven more months. However I have now reached the point where I feel as if I have recovered enough to jump back into the world of dementia advocacy.

Since last I raised my voice; several more major drug trials have failed (nothing new), and my National Association has initiated two TV ad campaigns emphasizing the role death and suffering plays in the lives of Alzheimer’s “suffers” and suggesting “giving a little” will “produce a lot.” A lot of what is not really clear. However they do claim that with your donations “We will cure Alzheimer’s.” Just who “we” is, is also not really clear. Putting your support, money, and brain in their hands (after 20+ of failing to figure most anything out, and touting so many hopes that proved empty is very, very risky at best, and just plain ill-advised at worst.

Nude mice and human cells in dishes in the refrigerator continue to show “promising” signs of areas of research “which deserve future investigation and funding (or so we are told).” In the meantime thousands of more folks are living with the symptoms of dementia, and millions more will, even if a “cure” is ever, ever discovered. 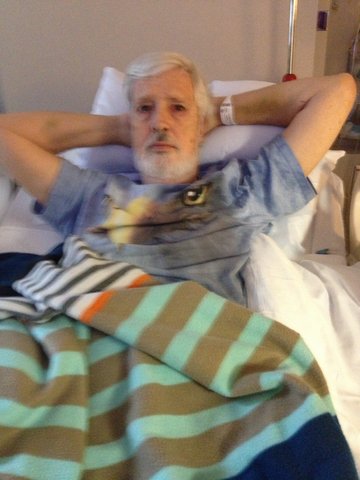 There are signs of more and more folks around the world standing up and speaking about what it is like to live with this or that form of dementia. This is a very good thing. However the world is a relative large place for single voices to be heard. The organized and coordinated efforts are still focused on standing up and speaking out in support of more cure research, more money for cure research, more fear/stigma producing messages.

The efforts still use the words Alzheimer’s disease when they mean, or should mean dementia.
Febr. 2013 NL – image Please Help

Unfortunately many of these folks are being used by organizations and researchers whose goals are primarily different from those using them. One seeks to help others avoid Alzheimer’s disease, while the others seek to improve how they live with Alzheimer’s disease and all the other related and unrelated forms of dementia.

I am planning to restart my public speaking about what’s it like to live with the symptoms of Alzheimer’s disease. Honest, my brother and I continue to work on my second (and maybe third book) to publish on line. I plan, but can’t promise, to publish my newsletter on a monthly basis. I am working on a new initiative to convince anestheologists to actively do somethings, take responsibility for managing anesthesia related symptoms of dementia, both immediately and longer term after operations.

My spirit remains strong, my focus is still clear, my inclination it to continue to stand up and speak out, at least for another year. Please join me. Thanks,

Visit www.richardtaylorphd.com to signup for his monthly newsletter.