“Hello. My name is Richard, and I have dementia, probably of the Alzheimer’s type.”

These are the words Dr. Richard Taylor used to open each of his presentations, as he enlightened the world about the lived experience of changing cognitive ability. Richard passed away at his home on July 25th, due to cancer.

For the last five years, I have been proud to call Richard my friend and occasional traveling and speaking companion. But most important, he has been my greatest teacher in my quest to understand how better to support “people whose minds have changed.”

I first met Richard by email, perhaps eight years ago. I was having my own struggles, trying to convince my co-workers that there had to be better alternatives to antipsychotic drugs. I was having trouble explaining why I thought so and, as must often be the case, when you don’t fully understand something, you write a book about it. It was as I was attempting to do so that a co-worker showed me Richard’s blog about his life with Alzheimer’s. I was moved and wrote him to tell him so, beginning a stream of correspondence.

Then I read Richard’s 2008 book, Alzheimer’s from the Inside Out. It was enlightening, but also challenging to me at times. It was then that I realized that the key to improving my understanding was to get out of my own head and listen to the perspectives of those who have experienced life with the diagnosis of dementia. And it strikes me that “experience” and “expert” have a similar root.

A speaking engagement at Alzheimer’s Disease International 2009 in Singapore gave me the opportunity to hear Richard give a plenary address. I was immediately transformed by his powerful words: “I am not dying of a fatal disease; I am living with a chronic disability.”

I met Richard after the talk, and remember two things about our conversation. First, when I mentioned a point he made in his speech, Richard replied that whenever he tells people he has Alzheimer’s, he can see an immediate change in their faces, speech, and tone of voice (which immediately made me self-conscious about how I might be speaking to him).

The second was his response when I told him I might be making a few controversial comments in my session: “That’s okay—I do it all the time. But I just tell people, ‘I can’t help it—I have Alzheimer’s.’”

Since then, we have given many presentations together, and co-produced two DVDs with Brilliant Image Productions. Richard always begins his talks, blogs, and emails with the word “hello.” On our 20 Questions, 100 Answers, 6 Perspectives DVD, he explains why:

We even call dementia “The Long Goodbye” . . . and so I believe that’s why people stop coming around to see you; because who wants to say “goodbye” every day, maybe for ten years? I never said “goodbye” to you in the sense that I thought you were dying, until you were diagnosed.

To this point, he has campaigned for the establishment of “Hello Dinners” in communities, in which people who are diagnosed can meet and break bread with peers and create a network of support. (This concept of peer support is an area that has been largely underserved by Alzheimer’s organizations in many countries. There are a lot of “caregiver supports” and activities for people with the diagnosis—usually in conjunction with families or through programmed activities—but rarely will you find groups who facilitate the empowering process of peer networking and support.)

Let’s be honest: Richard could be outspoken to a fault. His blogs and social media missives were often blunt and uncompromising in his criticism of stigma, overhyped media reports, inattention to psychosocial research, support for the individual, or the National Plan. Some have been offended by his comments over the years. I have heard a few stories, and while they have not been my experience, I do not doubt them. Richard, like all of us, was a complex individual.

But I have also had my share of frustrations with the state of support and care for people living with a diagnosis of dementia; and I wonder how much worse it would be if I lived with the diagnosis, aware of my changing abilities, feeling the clock ticking away on my window of opportunity to be an advocate, spending long periods at home unable to travel and engage, but only to vent my feelings on the laptop—how frustrating that would all be. I offer that not as an excuse, but to say that I understand a bit of how it must have been for Richard.

It has been a journey for me to learn, as Richard advocates, to “stand up and speak out.” I don’t do confrontation well. But I recall a couple of years ago when the status quo in this country just got to me, and I put up a post on my blog that was by far the most challenging and critical one I had written to date. I wondered if it would cost me a lot of peer support to be so blunt. Richard, sensing that I was entering a new phase, quickly fired off an email to me—the only one he ever sent that didn’t begin with “hello.” It simply said, “Welcome. I’ve been waiting for you.”

In our travels, Richard was unfailingly warm, congenial, sympathetic, and sensitive in his interactions; and always adding to my understanding. I recall at the 2011 “A Changing Melody” conference in Toronto, a gentleman living with Lewy body dementia approached and posed a question about his situation to the two of us. Richard looked to me, allowing me to give a first answer, which I did, trying my best to explain my perspective.

Then, after I finished, Richard spoke. He didn’t try to answer as I did. He went right to the unexpressed feelings behind the man’s question and connected with him there—on a deeper, more meaningful, and ultimately more helpful plane. Another lesson learned. 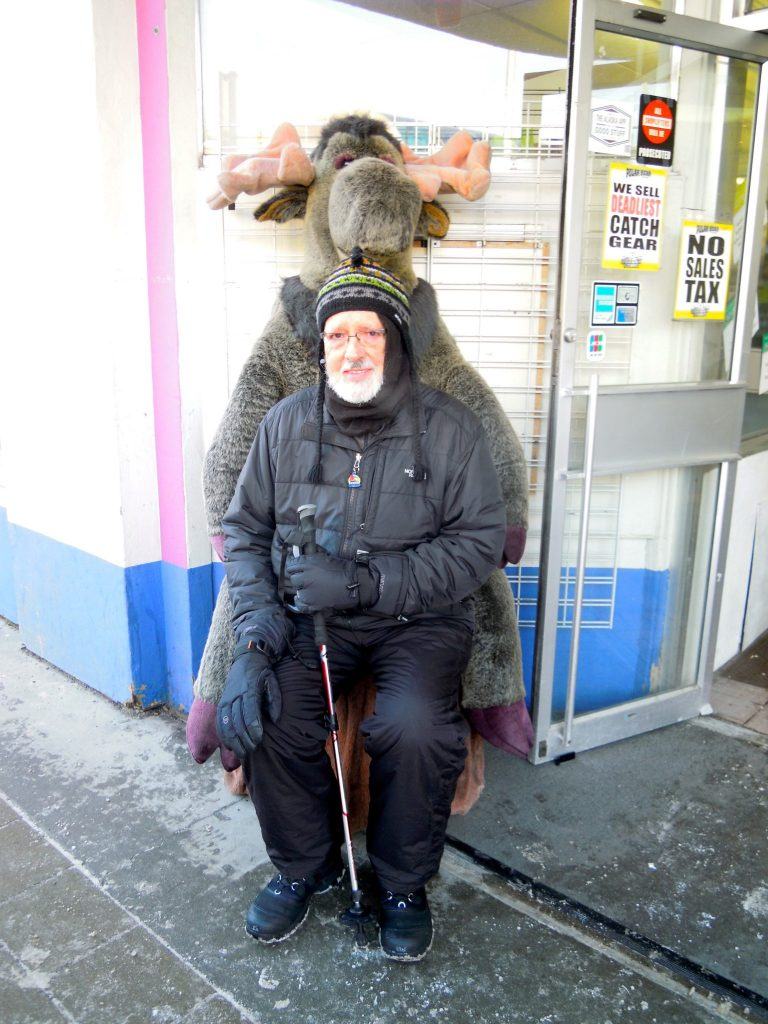 I visited Richard in Houston last fall and spent a few days with Linda and him at their home. As always, he was concerned about how he could use whatever time he had to advance the cause. At one point, I asked him, “What is the main point you would like people to know about dementia at this time?” He responded by talking about recognizing the “human-ness” in people, and then made this remarkable statement: “I believe that as people progress with dementia, their humanity increases. People have to get ready for that humanity to be unleashed.”

And that’s what it’s all about. The struggle we face is the struggle to recognize and preserve humanity, in spite of cognitive ability. We are not defined by what we can do or what we can remember, but who we are, and who we have been to each other.

Richard’s voice will continue to speak in a thousand different ways, in the voices of those whose lives he touched. Even as he has left us, it seems more appropriate to say, not “goodbye,” but rather, “hello.”