You are here: Home / Disrupting Dementia / Guidelines for Antipsychotic Drugs in Dementia—Part 1 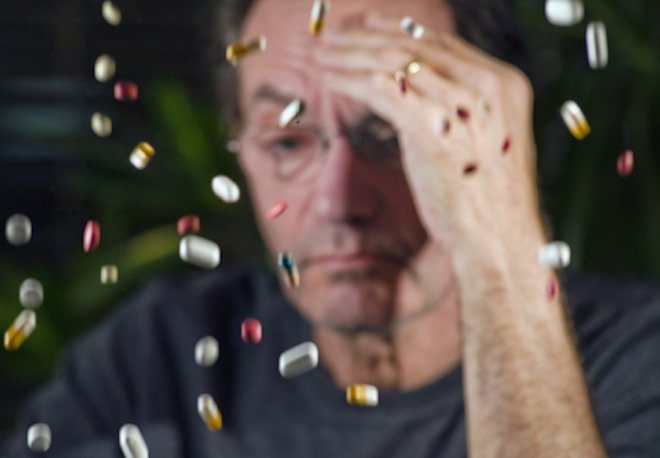 Recently, a friend who works in long-term care wrote to ask if I had any formal guidelines for prescribing antipsychotic drugs to people living with dementia. She and her colleagues are very supportive of the approaches I teach, but they are frustrated by medical professionals who simply write the order for one of these drugs without discussing the situation with staff, elders, or family members. She wondered what protocol(s) I felt should be followed.

Excellent question. We have guidelines here in the U.S., both from the Federal government and from various professional organizations. But as I implied in my December 10th post, these guidelines have holes a doctor can drive a med cart through. I believe we need to raise the bar in order to influence a change of habit in many professionals.

In spite of all of my talks and writings about avoiding these medications, I have never sat down to write any formal prescribing guidelines of my own; so I told my friend I would give this some thought and answer her via a considered blog post. Here we are, in a two-part response. I will use Part 1 to make some preliminary comments about the issue, and Part 2 for some actual guideline suggestions.

First, I truly believe that doctors who continue to prescribe these drugs with little or no discussion or reflection are woefully behind in their education. We now have a pile of evidence attesting to their low efficacy and high risk when given to people living with various forms of dementia.

Many professionals using these drugs may also be concerned about their potential liability if they do not prescribe them. In other words, if Mrs. Jones gets upset and falls down or strikes another person, will I get sued? Is my medical license on the line?

Putting aside the obvious point that there is no risk-free environment, let’s look at where the bulk of liability truly rests. These drugs have never been approved for use in dementia; in fact, the FDA has given them a black box warning, due to the risk of excess mortality and morbidity in this population. A doctor prescribing a drug for an unapproved use—with such a severe warning attached to the labeling—runs a much greater liability risk from an untoward side effect of the drug than from not using it.

I can attest to the reality of this liability risk. Since the 2010 release of Dementia Beyond Drugs, I have received several phone calls or emails each year from lawyers or family members who are suing doctors and nursing homes for giving antipsychotics to their loved ones, and who want me to testify at their trials. (I don’t have time or interest to get into that line of work, so please do not ask.) I am not familiar with other nations’ liability climates, but several years ago the makers of one antipsychotic drug paid a multi-million dollar class action settlement in Canada because of excess morbidity/mortality resulting from the drug.

When I give my talks, a question often arises in some form or other: “Are you saying that antipsychotics should never be used in people living with dementia?” or else, “What would you have us do when a true crisis emerges where there is imminent danger of harm?”

The answer is a bit complex, but my reply usually goes something like this:

When I was working full-time in the nursing home in the early 2000s, caring for an average of 100 people living with dementia; before I had an inkling of writing a book or had formulated my thoughts on the subject; before I had an effective way to teach better approaches to my co-workers; before our organization had moved far down the culture change path; and when many co-workers were still convinced that these drugs were often useful; even then, my antipsychotic use hovered around 5-7% .

This was at a time when the national average for people in nursing homes with a diagnosis of dementia was closer to 35%. (Remember that the CMS figures look lower because they report overall usage—among people with and without dementia.) As a result of what I have learned since writing my first book, I truly believe that any living environment can eventually reduce their usage to near 0%, with the occasional rare exception.

The key word here is eventually; most organizations are not at the point today where they have the knowledge and infrastructure to fully support people’s well-being. Some crises are bound to occur and they may feel backed into a corner. So there will necessarily be a learning curve and a progressive reduction. But our current situation should not be considered our endpoint. There are over 150 U.S. nursing homes whose antipsychotic rate is 0%, and we should all strive to create communities where we can safely get as close to that number as possible.

Here is why this is so important: Even for those who subscribe to a purely biomedical view of dementia, the model does not support the use of these drugs. They were developed for use in schizophrenia, where dopamine activity is increased, causing hallucinations and delusions. Their primary action in that disorder is achieved by blocking dopamine activity.

But no form of dementia involves heightened dopamine activity; in fact many people, including those with Lewy body dementia, have decreased dopamine activity. So dopamine-blocking drugs not only have no chemical rationale, they also are particularly toxic for such people.

People who seem quieter on these medications are usually experiencing the effects of sedation. Even when the person doesn’t appear sedated, there are subtle but important effects on alertness and general cognition that are often recognized only when the drug is removed and a marked improvement is noted.

And what of those cases where a person physically assaults another? That certainly is a potentially dangerous event that would seem to warrant some sort of response. But think of all of the different ways that assault can occur in our society—from muggings to schoolyard bullying, spousal abuse, or fraternity hazing. Not one of the aforementioned examples represents a situation where the solution would be an antipsychotic drug. So why do we think it’s the proper response for dementia??

The answer is: our biomedical model teaches us that dementia is a disease and the brain changes have caused the person’s actions. Therefore some sort of medical therapy must be the answer.  But then how do we explain the many situations that have successfully resolved through non-drug approaches? Our biomedical model has no answers for that either.

(In my books, I also forward the radical notion that most people with dementia who are characterized as “delusional” or “hallucinating” are mislabeled, and/or do not have a condition that is likely to respond to this type of drug. I will leave a more detailed discussion of that issue to a future blog post.)

In most living environments as they exist today, care partners will occasionally find themselves in a situation that truly presents some potential for harm, and may have no choice at that moment but to use a sedating medication to defuse the crisis. But that is not a long-term solution; it is merely a Band-Aid for a situation that we have not yet gained the knowledge to prevent or solve in other ways.

Therefore, the use of an antipsychotic in such situations should always be accompanied by a plan of action that explores what can be done over the next several days to weeks, so that the medication can be eventually withdrawn. And it nearly always can be withdrawn successfully, once an infrastructure for well-being can be created.

In Part 2, I will share my ideas for some specific guidelines—a sort of “twelve-step program.” Except it may not be exactly twelve steps—I haven’t written them yet. Stay tuned.