You are here: Home / Disrupting Dementia / Good for the Heart is Good For the Brain 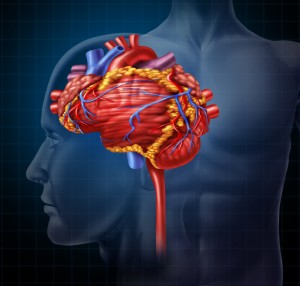 I generally avoid posting news about the latest food, vitamin, supplement, or lifestyle factor that may or may not affect your risk of dementia, for better or worse. Most of the time, it’s a one-off study that is unlikely to pan out as something that will significantly benefit most people, or else it’s just plain common sense (like the recent study that said smoking is bad for your brain health – we needed to do a study to prove that??).

Exercise, in my mind, fits the latter category, but it’s so important that I am happy to share the latest study from today’s Annals of Internal Medicine (pay-wall to access). This was a cohort study from the Cooper Center in Dallas, Texas, looking at over 19,000 people whose fitness levels have been monitored since the early 1970s.

Medicare claims in recent years have been analyzed and the incidence of claims using dementia as a diagnosis was correlated with the fitness data for the group. The bottom line: more fit meant a significantly lower incidence of dementia, even in people who had a history of a previous stroke.

Of course there are drawbacks to this kind of study. The population was mostly Caucasian and had a higher educational level than the national average. Also, the study measured overall cardiovascular fitness levels, but not what was specifically being done by each person to get fit. And the use of “dementia” on the claim forms could have been an incomplete representation.

But the study is worth reporting because when thinking about lowering our risk of cognitive loss, we need to start by reminding people to get back to the basics: Dementia is closely associated with aging of the body and of the brain. The brain is nourished by the cardiovascular system. Ergo, what’s good for the heart is good for the brain.

What’s more, the cardiovascular system is without a doubt the most important variable in good health of all kinds. I believe time will show us that what we are calling “Alzheimer’s” is more closely linked to the health of our circulatory system than we realize.

So get fit now, and worry about the blueberries, sudoku puzzles, and vitamin supplements later. This is where the money is!