You are here: Home / Culture Change / What a Hurricane Taught Me About Being Stuck in a Nursing Home

In September 2014, my husband and I were vacationing in Los Cabos, Mexico when Hurricane Odile, the strongest hurricane to ever hit the area, struck. After spending a terrifying night in the basement of the resort, we emerged into the sunlight to complete devastation. 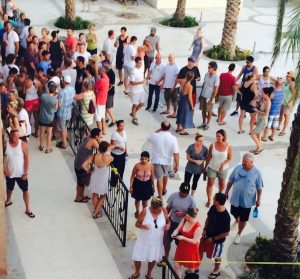 We spent the next four days at the demolished resort, with 300 other refugees, waiting to be evacuated. As I reflect back on this experience, I realize that the actions and behaviors of our refugee group bore a striking resemblance to what we often see in nursing homes, assisted living, and retirement communities. The plagues of loneliness, helplessness and boredom, along with their accompanying ‘behaviors’, were in full force after only a short period of time. 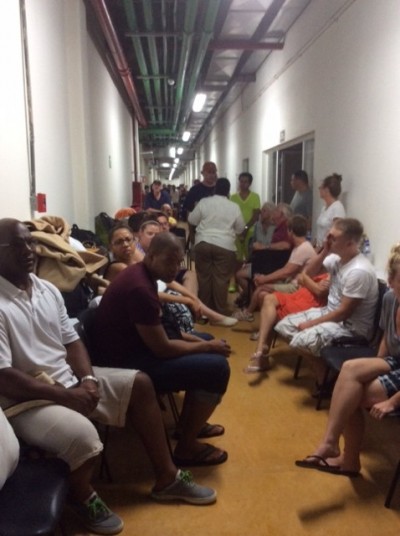 When the initial shock of our situation wore off, some resort guests began picking up shovels and trying to help resort staff clean up the damage. We all wanted to feel like we could play a role in making the situation better. The General Manager informed us all that this was a liability issue and we must stop. We then truly felt helpless, unable to do anything to improve our situation. We realized then that we were completely dependent on the resort staff. How often do we put Elders in this same situation…  where in the name of safety, we take away the things that might give someone purpose or hope?

All of us became obsessed with trying to talk with our families and we constantly pestered the staff, asking them when we could go home.  Even though it was fruitless, we wandered around with our cell phones, incessantly checking for a blip of service so we could connect with those we loved. We were no different than a displaced elder just wanting desperately to connect with something that feels familiar, that feels like home.

Elders lining up and gathering an hour before meals is a common sight in an institution. This also happened during our time as refugees. Lunch was at 1:00 p.m. each day. By noon, we were all lined up and heading into the dining room. Meals were our only entertainment and the only time to connect with people. Our other choice was to sit alone in our rooms. Sound familiar?  And we’ve all seen the woman in a nursing home wrapping up food to sneak back to her room, right?  I had always thought that came from living through the depression but I’ve realized there is a deeper psychological need at play. Fueled by fears of running out of food and water, and having to trust total strangers to attend to our basic needs, I began hoarding bread, bringing a zip lock bag to meals with me so I would have a stockpile if our caretakers didn’t come through for us. 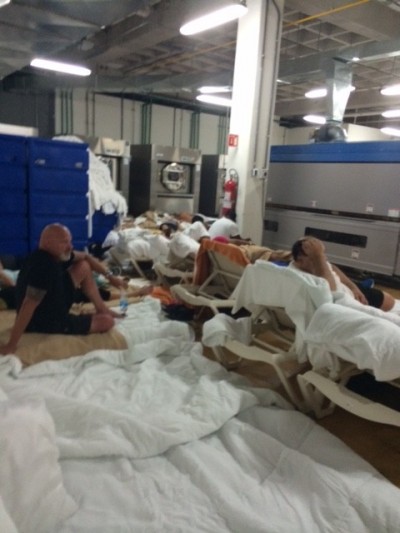 As hours turned into days and we walked around like zombies just passing the time, I noticed that my thinking dulled considerably.  One day someone asked me what time it was.  I looked at my watch and told her with confidence that it was 3:15 p.m.   It was actually 9:15 in the morning. I didn’t even notice my error until she pointed it out to me.  How much of the cognitive loss we see in institutionalized Elders is actually due to circumstance rather than disease?

Just as we see Elders ‘acting out’ their discomfort in many ways, each of us reacted differently to being displaced and in a situation we didn’t want to be in. I paced all day, unable to sit still. Another guest, who constantly told everyone he felt like he was in jail, walked from person to person trying to gear up a revolt against the management. One woman became so agitated that she threw her stash of bananas at her boyfriend and ran out of her room in the middle of the night, only to be brought back by three security guards. Others repeatedly tried to wander out of the safe area of the resort even though this was forbidden and they were putting themselves in harm’s way.

If a bunch of 40 and 50-year-olds at a resort (albeit a demolished one) on the beach can feel the effects of institutional practices in only four days, what chance do Elders have in a traditional nursing home over a long period of time? We’ve come a long way in our field but we have a lot more work to do to create environments where people can actually thrive instead of just waiting out the days to be rescued and taken home.