You are here: Home / Culture Change / Fighting the Three Plagues of Institutional Care at Home 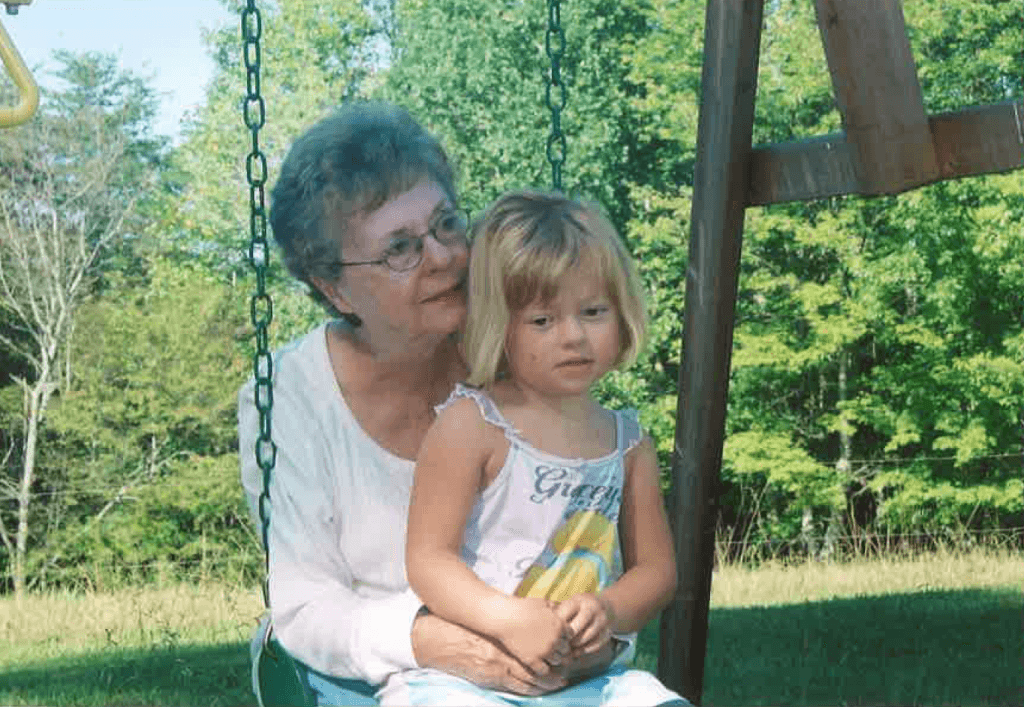 Margaret Hicks, mother-in-law of Angie Wall, with her granddaughter Isabel

Six years ago, Angie Wall’s mother-in-law moved into a cottage on their property after enduring three battles with cancer. Tired, weak and depressed, it seemed like the perfect solution to help her recover.

“She would be able to do her gardening.  She’d thrive,” says Wall, an experienced care management director for Senior Services in Winston-Salem, N.C. “But if anything it was getting worse.”

It wasn’t until attending an Eden at Home training last December sponsored by Senior Services that Wall had an epiphany: despite their best intentions, she now believes, she and her husband had stripped her mother-in-law of what was meaningful to her. Eden at Home adapts the core Eden Alternative principles that were developed by Dr. Bill Thomas and Jude Thomas for nursing homes – such as the importance of loving companionship and meaningful activity and the need to eliminate the “three plagues” of loneliness, helplessness and boredom – for home- and community-based service providers.

“We had just totally consumed her life but not in a good way,” she says. “We flew in, took over, started doing things and basically took away her independence without realizing it.”

The family is adjusting its take-charge approach. “Now she’s more engaged, she seems a little happier and not so inside of herself,” says Wall.

Senior Services, Inc. is one of the nation’s largest broad-based non-profits serving elders to undergo a company-wide transformation in its culture through Eden at Home, with the goal of enhancing the quality of life of the older people they serve.

By July, Senior Services, Inc. plans to have all 115 of its employees and many others in the broader community certified as Eden at Home Associates.  Senior Services operates an adult day center, Meals on Wheels, home care and other programs to support elders living as independently as possible, including those who might otherwise be in nursing homes.

Developed by Eden Learning and Development Guide Laura Beck, Eden at Home training is designed to help organizations reframe their approach from viewing elders as recipients of care to being “care partners” with everyone who touches their lives, including family, neighbors, friends, church members, social workers or paid caregivers.

“The concept of the institution is not confined to the four walls of the nursing home or a hospital, but can be found anywhere, including in somebody’s home,” says Beck.  She points to isolation or “the focus of caring being on the human body and not the whole person” as examples of an institutional mindset.

This is especially important, she stresses, because the vast majority of older adults live at home or with family, not in institutions.

“We’re putting [Eden principles] together in a way that’s accessible and understandable and relatable, so that people can feel a little more in charge of the quality of their care experience,” Beck says. 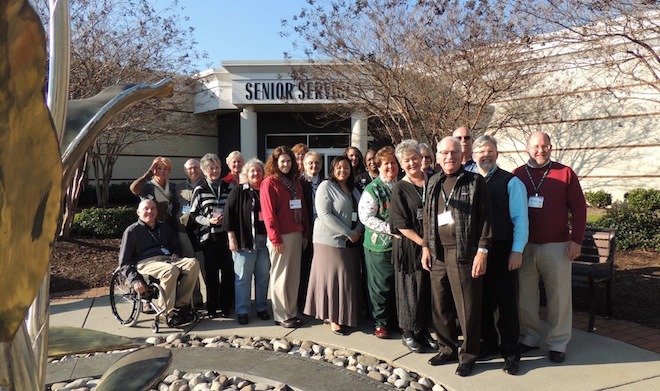 In December, Senior Services held a three-day training for 20 employees and other leaders in local aging organizations, led by the co-founders of the Culture Change Network of Georgia: Kim McRae, long-time family caregiver turned advocate, and Walter Coffey, president/CEO of Leading Age Georgia. Both are Educators for the Eden Alternative.  Coffey and McRae say they believe the program is unique.

“One of the things about doing the [Eden at Home] certification is that 100 percent of the time it connects with people deeply,” says Coffey. “You can have people come in with a hard shell, and it’s amazing how this curriculum breaks through and goes right to the heart.  It’s designed around nurturing the spirit of elders.”

Wall’s experience with her mother-in-law, Margaret Hicks, is supported by a study of an Eden at Home pilot. Conducted in Arkansas from 2005-2007, the study identified many benefits, including that six months after taking the training, seven in ten participating care partners said that Eden at Home was extremely or very useful.

The training also makes clear to participants how out of balance services for older people are, focusing far too much on the medical rather than the whole person, Coffey adds.

For Senior Services, this means embracing “the concept of continuous growth and of elderhood being a time of giving instead of just receiving,” explains chief operating officer Lee Covington. “It will shift the way that we do things.”

Just as with many nursing homes that have embraced culture change, Senior Services is rethinking the language it uses.  Terms like ‘client’ are giving way to ‘care partner’ and ‘elder’, says Covington.  “I think it will ultimately change the processes that we use.”

One challenge, he says, is that many of their services are funded through public programs such as the Older Americans Act and Medicaid which have parameters that are “deficit-based,” focusing on what the elder can no longer do independently.  While still “checking those boxes” that are required, he says, “We hope to flip that on its head.  We want to do more on [the elder’s] living history, what are their likes and dislikes, what are the opportunities for continued growth.”

“Senior Services is the first organization that is utilizing the Eden at Home curriculum – and the Eden Principles – as a key to their outreach to the entire community – not just their organization,” says McRae.

In addition, Senior Services received a state grant to pilot using Eden at Home with people transitioning from a nursing home back to the community. Senior Services will conduct a baseline assessment, including quality-of-life scores, geriatric depression, nutrition, and social isolation and compare how those measures change over time. They will also track hospitalizations and falls.

Meanwhile, McRae and Beck are test-driving an online version of Eden at Home’s care partner workshops, in hopes of reaching many more people, including family caregivers. “You can be a change agent in your adult day center, in your church, in your women’s club,” says McRae. “You don’t have to work in long-term care to be able to spread these concepts.”