ESKATON RESIDENT TAKES “THRILLING” HORSEBACK RIDE. Mariam, who rode horses constantly throughout her teenage years, hoped to once ride again in her lifetime. The 97-year-old Eskaton resident got her wish thanks to the organization’s Thrill of a Lifetime Initiative. 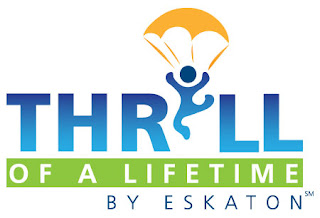 “I never thought there would be a possibility to ride again,” Mariam said. Which was all the attentive Eskaton staff needed to hear. To produce the unique Thrill, Eskaton partnered with the local group Project R.I.D.E., which guided her on a 30-minute ride through the facility’s outdoor trail. “If I could, I’d ride every day … It was beautiful,” Russell beamed, after being assisted from the horse back to her wheelchair.
Click here to read the complete Elk Grove Citizenstory, with photo.