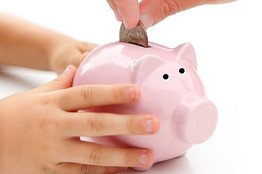 In the wake of a “lost” decade for U.S. stocks, it’s not surprising that 401(k) investors are reducing their exposure to equities. What is surprising, though, is that younger 401(k) investors–a group often suspected of harboring a Depression-era-like fear of stocks–are moving in the opposite direction.

“Fears that younger participants in 401(k) plans would abandon stock investing are not borne out by the data,” says a press release that accompanies a report issued Wednesday by the Investment Company Institute and the Employee Benefits Research Institute, which examined the accounts of more than 23 million 401(k) plan participants.

The report attributes younger investors’ affinity for stocks to the “greater use of target date funds,” portfolios that automatically channel an investor’s 401(k) savings into a diversified mix of investments–and gradually shift from stocks to bonds as the investor ages. Currently, about 7 out of 10 401(k) plans offer a target-date fund. To bolster retirement security, a growing number of employers have begun to automatically enroll new employees–who tend to be younger–into those funds.

Over the past decade, 401(k) investors have adopted a more “balanced” approach to investing. For example, in 2000, 12.7% of participants had nothing in equities. At the same time, 54.1% had funneled more than four-fifths of their money into stocks. Today, the portion of participants at both extremes has declined–to 11.8% and 40%, respectively.

“That finding runs counter to the notion that younger participants, whose investing experience might be framed by the bear markets of 2000 and 2008, would become a “lost generation” avoiding all stock market investments,” says the release.

Among the study’s other findings: