You are here: Home / Blogstream / Will the “Debt Panel” Harm Seniors? 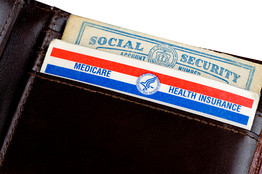 Congressional leaders named the final members of the “debt panel” Thursday, and now the hard work begins: The panel must find at least $1.2 trillion in savings over the next decade. For seniors, their decisions on where to save could mean cuts to programs like Medicare and Social Security, but will they?

The so-called supercommittee is made up of six Republicans and six Democrats, who have until Nov. 23 to cut the deficit by $1.2 trillion or risk automatic spending cuts — including an up to 2% cut on Medicare provider payments and further defense spending cuts — that neither party wants.

There’s no certainty around what’s on the table, and no guarantee the committee will even reach an agreement. Even so, Social Security and Medicare are among the bigger elephants in the room, and several members of the committee have expressed willingness to compromise in order to create changes to the programs. According to the Wall Street Journal, Camp might agree to ending some tax breaks to reach a deal and Toomey said on Wednesday that while he is “not interested in some kind of big tax increase,” he does see “a lot of opportunities in the tax code to make it much more sensible.”  And there’s also indication that Democrats are willing to compromise.  Clyburn has mentioned raising the retirement age as a possible compromise point, and Murray said she would work to find “common values.”

Who knows how long this cooperative spirit will last? For the roughly 60% of seniors who depend on Social Security for a least half of their retirement income, and the millions who are enrolled in Medicare, it’s worth a quick look at what might happen with regards to Social Security and Medicare if a compromise is reached.

The Social Security compromise idea that could gain a lot of traction is a change to how the consumer price index is measured, which would result in smaller Social Security increases for seniors, says Max Richtman, the president and CEO of the National Center for the Preservation of Social Security and Medicare. If Social Security were to use the new measurement to determine cost-of-living adjustments, the average retiree would receive about $18,000 less in benefits over 25 years, according to The Senior Citizens League.

In terms of Medicare, Richtman says a popular proposal is raising the age when Americans are eligible for benefits from 65 to about 67.  But according to a study by the Congressional Budget Office, that plan would not generate that much in savings since older recipients usually spend a lot more.  And it’s possible, that cutting payments to Medicare beneficiaries will be on the table, though most Democrats are opposed to this idea.

It’s important to remember that while Social Security is spared if the committee can’t reach an agreement, Medicare is not.  In fact, if the debt panel doesn’t agree on anything, payments to Medicare providers will be cut by up to 2%, which may indirectly impact beneficiaries via an increasing number of doctors refusing Medicare or cuts to hospital programs, says Mary Johnson, a senior policy analyst for the Senior Citizen’s League, a non-profit seniors rights advocate.