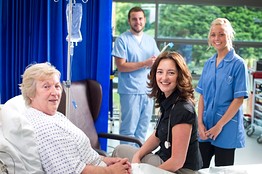 It’s a statement financial advisers have been telling many of their clients for years now.  And it’s pretty clear why, as the costs to pay for long-term care on your own can be staggering: The average assisted living facility charges $39,516 per year and the average nursing home $83,585 per year for a private room, according to the MetLife Mature Market Institute — and these costs often aren’t covered by Medicare. In other words, without long-term care insurance, a stint in such a facility “can be financially ruinous” for many people, says James Poterba, an economics professor at Massachusetts Institute of Technology, in a speech at the Innovations in Retirement Security conference in Washington, D.C. Thursday. But despite advisers’ recommendations, only an estimated 10% to 12% of people 65 and up have purchased these policies.

Why?  A new study presented at Thursday’s conference came up with several reasons. First, 57% of surveyed older Americans said the cost was the main reason they hadn’t purchased such a policy.  (In this case, cost includes both the fact that people think the prices of these policies were too high and that the person himself couldn’t afford the policy.)  And to be sure, these policies aren’t cheap: the average cost for a policy is more than $2,500 per year, for those 65 and up, according to the U.S. Health and Human Services’ National Clearinghouse for Long-Term Care Information.