You are here: Home / Blogstream / What’s Your Greatest Retirement Fear? 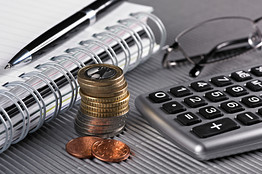 Unlike most annuity products, an immediate annuity is pretty straightforward: you write one big check to the annuity company, and in exchange they write you a check every month or year for the rest of your life, however long you may live. For instance, according to ImmediateAnnuity.com, a 65-year-old married couple can turn over $250,000 in exchange for $1,342/month ($16,104/year), which continues to be paid as long as either member of the couple is still alive. If the longest-living member of the couple only makes it until age 75, they’ll only get back $161,040 in cumulative payments; if one lives until age 85, they’ll get $322,080; until age 95, $483,120; and if someone makes it to age 100, the couple will collect $563,640.

If you do the math, these aren’t necessarily the most fantastic of returns, even in the long-run scenario. But they’re pretty decent: You’re implicitly earning about 5.4%, guaranteed, through age 100, arguably not awful in today’s interest rate environment. And your returns move in line with your longevity; the longer you live, the higher return you get, which is exactly what you want if you’re worried about outliving your money. In fact, because of the lifetime guarantee, you literally can’t outlive the income stream (assuming, of course, you do business with a high quality annuity company that sticks around).

So an immediate annuity would appear to be the ideal solution to the risk of outliving your income. But almost no one wants to buy one. Yes, if you don’t live a long time, you lose the principal left over, but that’s the tradeoff. If you someday live to be the oldest man or woman in the world, the annuity company will still be writing you a check. If the only concern was outliving the money, you shouldn’t care that you don’t keep the principal if you die sooner, rather than later,, as long as you get the income for as long as you do live.

But most of us do care. We seem afraid of immediate annuities. Notwithstanding the simple lifetime income guarantee, we don’t seem to want to buy them very much. I’m not to trying to convince you of the value of immediate annuities, but instead to simply ask the question: why don’t we like them as much it seems like we should? What is it about the trade-off that is unappealing? Is it the lack of upside, even though some lifetime income is guaranteed? Are we terrified of long-term inflation (as most immediate annuities are not inflation-adjusted)? Is the legacy you leave your heirs of such importance that you’re really willing to not have a lifetime income guarantee, just to ensure your children – and not the annuity company – get whatever is left over? Is outliving your money really your greatest fear, and if so, why isn’t an immediate annuity appealing?

Michael Kitces, CFP, is the director of research for Pinnacle Advisory Group, a private wealth management firm located in Columbia, Maryland that oversees approximately $850 million of client assets.  He is the publisher of the e-newsletter The Kitces Report and the blog Nerd’s Eye View through his websitewww.Kitces.com.  Kitces is also one of the 2010 recipients of the Financial Planning Association’s “Heart of Financial Planning” awards for his dedication to advancing the financial planning profession.  Follow Kitces on Twitter at@MichaelKitces.