You are here: Home / Blogstream / WHAT IT TAKES TO BE A "REAL" IDEALIST 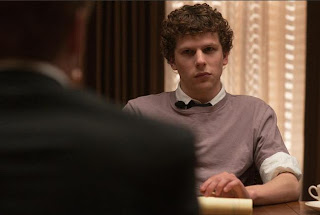 WHAT IT TAKES TO BE A REAL IDEALIST.  U.S. copyright law protects original works of authorship. This excludes, as the government website (randomly) makes note: band names and Elvis sightings, as well as methods of doing something … and ideas. In the case of the latter, the idea, the intent of this qualification was dramatically clarified by the Mark Zuckerberg character in “Social Network,” who scornfully replied to the Winklevoss brothers’ claim that Facebook was their idea: “If you guys were the inventors of Facebook, you’d have invented Facebook.”
The pretext is that ideas are a dime-a-dozen. But that it takes ingenuity, perseverance and hard work to bring words to life, which is why so many enthusiastically proposed “great ideas” never leave the launch pad. As management expert Peter Drucker famously warned, “Every great idea eventually deteriorates into work.”
Conference presenters at several recent aging services gatherings spoke of age-friendly cities of the future; life-changing new assistive technologies; breath-taking robotics; and other responses to positively influence the longevity revolution. For sure, to transform anything, let alone something as significant as our aging experience, requires such vision. But it also requires commitment. The true visionaries throughout history – Gutenberg, Edison, Jobs, Zuckerberg, etc. – were also realists and painstakingly turned their visions and ideas into action.
To succeed as a creative thinker, one cannot be discouraged by the immense challenge of birthing ideas … or distracted by the false praise heaped upon idea posers. After it’s all said and done, “You are what you do, not what you say.”