You are here: Home / Blogstream / Treating Pain to Reduce Behavioral Disturbances in Dementia 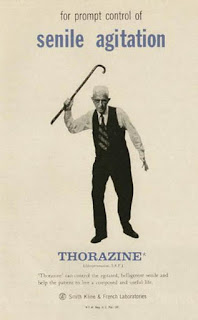 There have been a lot of pharmacologic and non-pharmacologic interventions proposed for the all too common behavioral complications of dementia. Some non-pharmacologic methods have shown to be successful in reducing not only the number of troubling dementia related behaviors, but also in improving caregiver burden (read about the REACH VA here).

Pharmacologic interventions have not had similar success, although you wouldn’t guess that based on current prescribing habits. Many health care providers still write for mood stabilizers, like valproic acid, despite a high risk of side effects when used in this population and the paucity of evidence showing any effectiveness in improving behaviors. Antipsychotics, on the other hand, have shown some modest efficacy for the treatment of aggression and psychosis over a short 6–12 week course. However, they also have a nasty little habit of causing death in those who take them.

What if, instead of trying to treat the symptom of aggression or agitation, health care providers focus on the root causes of these behaviors? That is what appears to have occurred in a recent BMJ article by Bettina Husebo and colleagues titled “Efficacy of treating pain to reduce behavioral disturbances in residents of nursing homes with dementia: cluster randomized clinical trial.” (FYI – the article is free to download)

In this cluster randomized controlled trial, the authors looked at whether a systematic approach to the treatment of pain can reduce agitation in people with dementia. They randomized 352 norwegian nursing home residents with moderate to severe dementia and clinically significant behavioral disturbances to either usual care or a stepwise protocol for the treatment of pain. The stepwise protocol consisted of daily treatment of pain for 8 weeks with paracetamol (acetaminophen), morphine, buprenorphine transdermal patch, or pregabaline (see table).

What the authors found was that those individuals assigned to the stepwise pain protocol had significantly reduced levels of agitation after eight weeks of treatment, with an average reduction in scores for agitation of 17% based on the Cohen-Mansfield agitation inventory.  The pain protocol group also had improved pain and aggression scores as compared to the usual care group.

I believe the reason that physicians think mood stabilizers are effective for dementia related behaviors is that these medications likely sedate the older adult with Alzheimers to the point where behaviors are no longer disruptive. Is this the same case for the pain protocol?  I doubt it. As the authors point out, most of the patients in this study took only acetaminophen for pain control (see table for %’s). In addition, the intervention and control groups didn’t differ at the end of the study in regards to their cognitive status or activities of daily living, suggesting that sedation was not the reason for the improved agitation scores in the pain protocol group.

A cautionary note needs to be made about this study and the use of pain protocols for dementia related behaviors.  There are many other reasons besides pain that individuals have troubling dementia related behaviors, including other physical problems like constipation and urinary retention.  A careful assessment of patients is still necessary, as is a non-pharmacologic approach to dealing with these behaviors.