You are here: Home / Blogstream / The Impact of Caregiving on Health and Finances 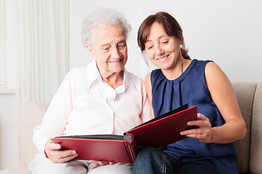 Those who serve as caregivers to elderly relatives need no reminder of the potential toll it can take. For the rest of us, a new report from AARP Public Policy Institute may prove instructive.

Titled “Valuing the Invaluable: 2011 Update, The Growing Contributions and Costs of Family Caregiving,” the report quantifies the emotional and financial stress many caregivers experience.

According to the report, one in four adult Americans serve as caregivers to an elderly relative, friend, or spouse experiencing difficulty managing daily activities. In 2009, that translated to about 42.1 million caregivers at any given point in time. “Since some episodes of caregiving begin or end during the year, the total number of individuals providing care during the year is significantly higher, estimated at 61.6 million,” the report adds.

The profile of a typical caregiver is not surprising. She (some 65% are women) is 49-years-old and works outside the home.

Here’s where the stress comes in: She spends nearly 20 hours a week providing care–juggling such tasks as administering medications, providing transportation, and serving as a health care advocate with responsibilities to an employer and other family members. The average caregiver does this for five years. Phew…..

It’s not surprising, then, that the report finds that caregiving can take a considerable toll on the caregiver’s physical and emotional health:

There are also many signs that those taking on this role experience financial stress. Some even make sacrifices that could potentially compromise their own retirement security: