You are here: Home / Blogstream / The Downside of 401(k) Auto-Enrollment 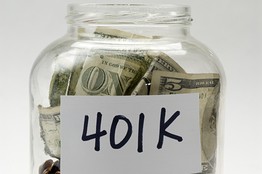 Yet another 401(k) plan administrator is hailing the 2006 Pension Protection Act, which sanctioned the use of automatic enrollment in tax-advantaged 401(k) retirement savings plans.

“The PPA is proving to be one of the most significant legislative initiatives helping American workers save for retirement,” says James M. MacDonald, president of Workplace Investing at Fidelity Investments.

On Nov. 30, Fidelity released a report that shows that 51% of the 11.7 million accounts it administers are covered by plans that feature auto-enrollment, up from 16% in 2006. As a result, Fidelity says, participation rates are rising—to 82% in plans with auto-enrolment, versus 55% for plans without the feature.

The impact on younger workers, Fidelity notes, has been especially dramatic, with 76% of eligible employees ages 20 to 24 participating in plans with auto-enrollment, versus just 20% of those who must enroll voluntarily.

“Auto-enrollment is having a powerful effect on younger” workers, Fidelity notes.

Still, Fidelity doesn’t address the sometimes negative effect auto-enrollment has on the savings rates of participants.

The problem: More than two-thirds of companies set contribution rates at 3% of salary or less, unless an employee chooses otherwise. That’s far below the 5% to 10% rates participants typically elect when left to their own devices.

Because simple inertia takes over for many workers, “automatic enrollment is a double-edged sword,” said Brigitte Madrian, a professor at Harvard University who is an expert on 401(k)s. “On the one hand, there’s more participation. On the other hand, lots of employees are stuck at whatever default the employer selects.”

About half the decline “was attributable to increased adoption of auto-enrollment,” according to Vanguard.