You are here: Home / Blogstream / The Dark Side of Automatically Enrolling Workers in 401(k)s 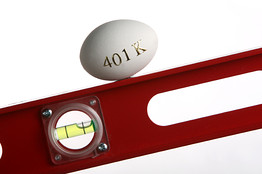 Rightfully lauded for boosting participation rates in 401(k) plans, the trend towards automatic enrollment in 401(k) plans is having the opposite effect on overall 401(k) savings rates. According to a recent article in The Wall Street Journal: “About 57% of large companies now automatically enroll new employees in 401(k) plans, up from 24% in 2006, according to Aon Hewitt. While employees are free to opt out, companies report average participation rates above 85%, compared with 67% for those without auto-enrollment, Aon Hewitt says.

Both Vanguard and Hewitt estimate that at least half of the decline was due to the increased adoption of automatic enrollment.

The problem, the article adds, is that: “More than two-thirds of companies set contribution rates at 3% of salary or less, unless an employee chooses otherwise. That’s far below the 5% to 10% rates participants typically elect when left to their own devices.”

Some new data from Mercer, a human resources consulting firm that administers 401(k) plans, reveals just how wide the gap in savings rates can be between participants who are auto-enrolled and those who sign up on their own. When Mercer examined savings patterns among the 1.2 million participants in its plans as of year-end 2010, it found an average savings rate of 3.5% for those who were auto-enrolled, versus 8.5% for those who enlisted voluntarily.

Dave Tolve, U.S. Retirement Business Leader for Mercer’s Outsourcing business, says the message is clear: Companies need to do more to encourage employees to save at higher rates.

“The industry has looked upon these auto-features as a magic bullet,” says Mr. Tolve. “Yes, these programs will increase overall participation rates. But they also reduce average savings rates.”

According to Mercer, some 70% of participants who are automatically enrolled “never change their contribution rates.” In other words, they become stuck at a 3% savings rate—a “real cause for concern for [401(k) plan] sponsors who want to help participants save for a successful retirement,” says Mr. Tolve.

What can companies do to combat the trend? For one thing, they can implement auto-escalation features that increase employee savings rates by a set amount, typically one percentage point a year, until they reach a certain threshold.

According to Richard Thaler, a professor of economics and behavioral science at the University of Chicago’s Booth School of Business who, together with UCLA Anderson School of Management professor Shlomo Benartzi, is widely credited with the idea of automatic-increase, interest among employers in promoting the concept tapered off during the recession. In part, he says, that’s because when 401(k) contribution rates rise, so does corporate spending on matching contributions.

“My strong sense is that firms have not publicized the option to their employees, and made it easy to sign up,” Prof. Thaler says. “Now may be a good time to start getting firms to think about this again.”