You are here: Home / Blogstream / The Benefits of Dance for People with Parkinson’s Disease 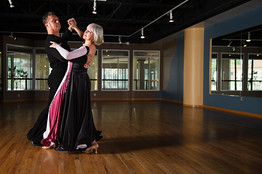 The program she participates in— Dance for PD – has been around since 2001, when Mark Morris began collaborating with the Brooklyn chapter of the National Parkinson Foundation. Since 2005, the program—which incorporates modern, ballet, folk dance, tap, and improvisation—has expanded to over 40 locations, including San Francisco, Ann Arbor, Seattle, and Urbana-Champaign.

Medical studies show benefits for these patients, who suffer from muscles that shake or stiffen. In an academic paper (“Dance as Therapy for Individuals with Parkinson Disease”) published in 2009 in the “European Journal of Physical and Rehabilitation Medicine,” Gammon M. Earhart, an Associate Professor of Physical Therapy at Washington University’s School of Medicine, finds that Parkinson patients who dance show greater improvements in balance and walking speed than dancers of comparable ages without the disease.  “The benefits of dance for those with PD appear to be of large enough magnitude to be clinically meaningful,” the paper says.

Why does it work? Prof. Earhart speculates that dance meets “many, if not all, of the recommended components for exercise programs” for those with Parkinson’s. Moreover, she adds, dance may activate areas of the brain affected by the disease. It may also help Parkinson’s patients learn to use auditory or visual cues to form “alternate pathways” to those that have been damaged by the disease.

The Mark Morris Dance Group explains the impact in less scientific terms. The program, it says, teaches “movement” while addressing such “PD-specific concerns as balance, flexibility, coordination, isolation, and depression” in a “social environment that emphasizes dancing rather than therapy.”

“Dancers know all about stretching and strengthening muscles, and about balance and rhythm,” the Mark Morris Dance Group says on its website. “Dancers know about the power of dance to concentrate mind, body and emotion on movement because they use their thoughts, imagination, eyes, ears and touch to control their bodies every day.”