You are here: Home / Blogstream / THE “AGE OF LONGEVITY.”

THE “AGE OF LONGEVITY.” Historians give contextual reference to eras of civilization by defining centuries or periods of time as “ages.” Starting around the 16th century, these great ages include the “Age of Reason” (roughly 1600-1700), “Age of Enlightenment” (1700-1800), “Age of Political Revolution” (1800-1850) and “Age of Social Revolution (1850-1950 or beyond) and the “Information Age” (roughly the past half-century). The chronology takes into account cultural movements, social philosophies, historical events and major accomplishments. 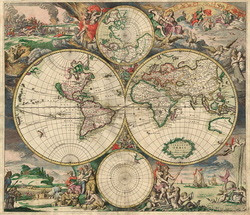 The academics, historians and publishers (such as Smithsonian and Time, which compiled the series of texts from which this information was excerpted) apply these labels as a retroactive perspective. This makes sense; humans are much more adept at reflection than anticipation or for that matter conscious of what they are experiencing.

The “Age of Longevity,” though, this is a new great agethat we can actually appreciate in the moment. We’re experiencing it right now, all of us. And undoubtedly it is the most significant accomplishment of our time, maybe ever. 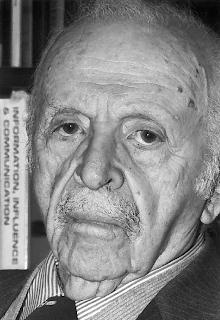 “In fewer than one hundred years, human beings made greater gains in life expectancy than in the preceding fifty centuries,” Dr. Robert N. Butler explains in his seminal text The Longevity Revolution. “… since the beginning of the twentieth century in the industrialized world, there has been an unprecedented gain of more than thirty years of average life expectancy from birth to over seventy-five years of age.” In just a little more than a decade from now, the number of people in the United States ages 65 and older will nearly double.

Humankind’s triumph of longevity deserves to be an era for the ages, no pun intended. Much to our benefit, if we embrace this momentous, experiential period, we are more likely to value and even influence its impact rather than passively reflecting on how history changed us.

Edward L. Bernays (right), the founder of modern public relations who died in 1995 at the age of 103, embodied the ages of Information and Longevity.