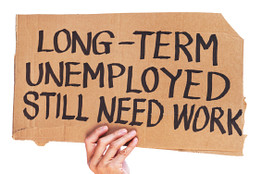 Job prospects for older Americans continue to worsen even as the overall unemployment picture shows small signs of improvement.

While the national jobless rate fell from 9.1% in September to 9% in October, for those 55 and up, the figures increased from 6.7% to 7% over that period, according to an analysis released by the AARP this morning.

The long-term unemployment data – those out of work for 27 weeks or more – fell slightly last month, but that isn’t necessarily a good thing, AARP says.  “We would like to think this is good news,” says Sara Rix, a senior strategic policy adviser with the AARP Public Policy Institute.  “But I’m not so sure it is entirely good news.” That’s because this decline may actually reflect the growing numbers of older workers — many of whom have been searching for jobs fruitlessly for months — giving up their job searches altogether. In fact, the number of older Americans who are not in the labor force rose by 122,000 (not seasonally adjusted) over this period, the organization reports.  It may also reflect that more older workers recently lost their jobs, which would bring down the average unemployment duration, says Rix.

Here is the rate of long-term unemployment :

“The consequences are not only immediate in terms of financial well-being, paying for family needs, your mortgage, the kids college,” says Rix. “There are also longer-term consequences when it comes to retirement security.”  Older Americans were already under-saved for retirement before the recession, and now, this employment situation is exacerbating that further.  That means some older Americans may draw on Social Security at 62 (which cuts your lifetime benefits significantly), she says.  Plus, there are myriad psychological consequences that can result from long-term unemployment, she says, including an increased risk of alcoholism and depression.  Finally, the longer you are out of work, the harder it is for you to find a job, she adds.

Here are some tips from AARP on combating unemployment.