You are here: Home / Blogstream / Renting in Retirement: How to Save Big 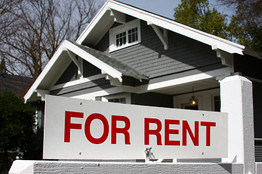 Much has been made of the large number of retirees still saddled with mortgages, but one fact that often gets neglected is that many older Americans rent – rather than own — in retirement.

More than one out of every five renters is 55 or older, according to the “America’s Rental Housing” study released this year by the Joint Center for Housing Studies of Harvard University.  A full 13% are over the age of 65 — for a total of 4.9 million in 2010.  Furthermore, “the sheer size of the baby-boom generation relative to its predecessor will push up the number of renters over age 65 by nearly 2 million,” the study concludes.

Meanwhile, boomers are under-saved for retirement — which means they don’t have the money to pay a lot of rent.  Married boomers, for example, have roughly $30,000 less than they need to pay for basic expenses (like housing, food and health care) in retirement, according to an October 2010 study by the Employee Benefit Research Institute.

To that end, Encore asked Kevin Kautzmann, an adviser at New York City-based EBNY Financial, for a few pieces of advice for boomers and retirees to save money on rent.  Here’s what he told us:

Establish a long-term relationship: Though younger people tend to hop from apartment to apartment, older renters are more likely to stay put. Retirees can use that to their advantage by negotiating a break on rent from their landlord in exchange for signing a longer-term lease, says Kautzmann.