POLST CONFRONTS DEATH; COMMUNICATES DYING WISHES. The recent California Healthcare Foundation survey, “Final Chapter: Californians’ Attitudes and Experiences with Death and Dying reported that 70 percent of people say they would prefer to die at home. Of deaths in 2009 in California, however, only 32 percent occurred in the home, while 42 percent occurred in the hospital and 18 percent in a skilled nursing facility.

Of course where one dies cannot be as predictable as where one prefers to die. Which is perhaps what was on Woody Allen’s mind when he said, “It’s not that I’m afraid to die. I just don’t want to be there when it happens.” 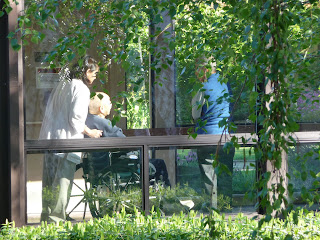 Californians surveyed also overwhelmingly reported that when they die they do not want to be a financial or emotional burden to their families. Yet, less than 1 in 10 report having a conversation with their doctor about end-of-life care, including just 13 percent of those ages 65 or older. Less than one-quarter have put their wishes in writing; and more than half have not had a conservation with their families about the kind of care they want at the end-of-life.

Nearly two-thirds of Californians polled on the subject have stated they would complete a POLST (Physician Orders for Life-Sustaining Treatment) form if they became seriously ill.

POLST is a standardized medical form that indicates the specific types of life-sustaining treatment a seriously ill patient does or does not want. Signed by both the patient and doctor, POLST becomes a set of medical orders that moves with the patient from home to hospital to skilled nursing facility.) “This is the perfect tool for encouraging conversations between families, patients and their doctors,” explains Chris Evans, a registered nurse and chair of the Sacramento Area POLST Coalition.

So, there is at least one tangible takeaway from these reported contradictions about death and dying. It’s the bright pink POLST form. You and Woody may not want to be there when it happens, but death is inevitable … and can be that much less painful for your survivors when you help unburden them from some of the associated emotional and financial burdens. Talk with your doctor about whether POLST is right for you.
Final Chapter: Californians’ Attitudes and Experiences with Death and Dying,”