You are here: Home / Blogstream / Parents Strained By Jobless Kids 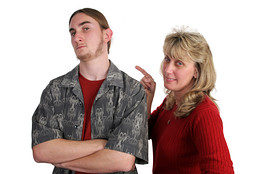 The recession hit young men harder than any other age group, the Wall Street Journal reports today, with unemployment rates for male high school grads age 20 to 24 at a whopping 22.4%. But that’s only part of the story: The parents of these 20-somethings often bear the brunt of the cost of their unemployment, as they move back home and depend on mom and dad for money, food and housing.

Some 59% of parents financially support their adult, non-student children (ages 18 to 39), according to a 2011 study by the National Endowment for Financial Education. Nearly half (48%) help their adult kids with living expenses, 41% with transportation costs, and 29% with spending money.  “This is happening more than I’ve ever seen it,” says Benjamin Tobias, the founder of Tobias Financial Advisors in Plantation, Florida. “There have always been some people who had to help out their children, but lately it’s an avalanche.”

The problem with this is that a lot of parents are compromising their retirement to help out the kids. The result: “They may have to retire much later or retire without the same lifestyle they’re used to,” he says.  In fact, in a new study by ING Direct, 27% of people in their 50s say that their children compromised their ability to save for retirement.

Of course, it’s natural to want to help out your kids.  But you need to set limits, Tobias says. Here are his tips on how to do it:

1. Talk to children about their financial needs. “Sit down with your kids and find out how much money they think they need,” he says. Make a list of all of their expenses, from food to entertainment to car payments to student loan bills.  You should also make sure your child understands what a budget is (consider showing him how to use a budgeting site like Mint.com) and how to live on one.

2. Help cut down their expenses to a minimum. Look at his or her list of expenses and see where you can make cuts, he says. So for example, if your child has a fancy car, see if he can trade it in for a significantly less expensive one; if your child goes out to dinner with his friends often, let him know this needs to stop.

3. Only pay for the essentials. Tobias says that parents should only pay for the essentials like food or letting him live under your roof.  “Do not pay for extras like entertainment or vacations,” he says.  Paying for something like grad school is risky as well, he says — especially considering your child can get financial aid or loans to foot that bill.