You are here: Home / Blogstream / Medicare Spike Will Not Spoil COLA 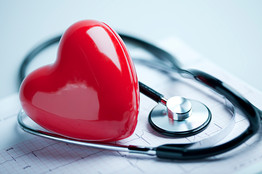 The government announced today that the standard premium for Medicare Part B — which covers medically necessary services like doctors’ visits and outpatient and home health care — is $99.90 in 2012, significantly less than many experts had predicted.

Experts feared that the Medicare premiums would erase a larger chunk of the recent 3.6% cost-of-living adjustment that seniors will get in 2012.  But with Medicare premiums for most people only rising $3.50 per month, rather than the projected $10.20, the damage is less than expected, as the average senior will get a $39.50 net effective raise (since the average Social Security COLA uptick was $43 per month).

Medicare Part A premiums — which cover inpatient stays in hospitals and nursing homes, as well as home health care — also rose. Medicare Part A monthly premiums will be $451 for 2012, an increase of $1 from 2011. The Part A deductible paid by beneficiaries when admitted as a hospital inpatient will be $1,156 in 2011, an increase of $24 from this year’s $1,132 deductible.

Click here for more information on Medicare premiums in 2012.

* The last sentence of the second paragraph was clarified to make the net effective raise clearer to readers.