You are here: Home / Blogstream / Job Market No Better For Many Seniors 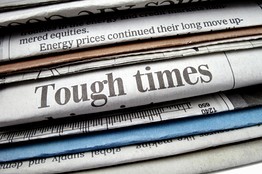 Unemployment may have dropped last month, but the job picture remains troubling for seniors.

The good news is that the unemployment rate for people 55 and up dropped from 7% to 6.4%, its lowest level since February 2011, according to the Labor Department numbers released today. Though this drop is promising, and senior joblessness is still far lower than the overall rate of 8.6%, some of the dip might have to do with the fact that older workers are giving up their job searches, says Sara Rix, a senior strategic policy adviser with the AARP Public Policy Institute. (Workforce participation dropped from 40.5% in October to 40.3% in November). “Many get discouraged after weeks and weeks of looking for work,” she says.

Even more alarming, the average duration of unemployment for those 55 and up jumped from 52.9 weeks in October to 58.2 weeks in November. While some of this spike may be due to the fact that the sample size is small (and thus the data may not be 100% accurate), it still points to the enduring trend that older workers remain unemployed longer, says Rix. Consider that at the start of the recession, the average duration of unemployment for older workers was just 20.2 weeks.

Furthermore, the percentage of workers 55 and up who were unemployed for 27 weeks or more (the so-called long-term unemployed) rose from 55.5% in October to 58.8% in November. This jump points to a larger trend — one of worsening long-term unemployment for older workers, Rix says.

The reason: While both younger and older workers face the so-called “unemployed bias” — employers don’t want to look at resumes for those who have been unemployed for a long time– older workers also face special challenges, namely age discrimination, says Rix.