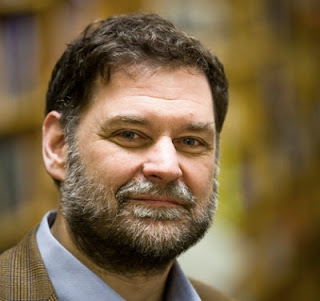 Bill Thomas is a very busy man. He is the founder of the Eden Alternative that has been on the forefront of transforming nursing homes into elder-centered communities.  He developed the Green House Project, which focuses on replacing institutional nursing homes with smaller, 10-12 person homes.  He has given talks on the need to change the culture of aging (see the TEDx video below).  And now, he has released his latest book, the Tribes of Eden, a novel inspired by his “life’s work as a self-proclaimed nursing home abolitionist seeking to change the way society views aging.”

I was given the opportunity to interview Bill Thomas about the experience of being a writer and how the Tribes of Eden book can impact the way we care for our aging population.  Here is the transcript:

Widera: So what is the connection between the Eden alternative and your new book Tribes of Eden?

Thomas: For the past twenty years the Eden Alternative has been working to make long-term care environments into better places to live and work. About eight years ago I began to see elements of “nursing home life” creeping into society as a whole. I started to wonder about a future where the “tribes of eden” might extend beyond remaking long-term care and begin to challenge the structure of a dystopian society. This book is an exploration of how that might play out– in the very near future.

Widera: Why do you think it is important to use storytelling as a tool to change the culture of aging? Have you found it to be effective?

Thomas: Storytelling is the only thing that has the power to change the world we live in. It is through stories that we make sense of our lives and the changes that are happening around us. Some people have asked me– “why did you spend all this time on a novel?” My answer is always, “I am a storyteller, I needed to tell this story.”

Widera: If storytelling is important, why science fiction and not non-fiction?

Thomas: I guess “Tribes of Eden” might qualify as science fiction because it is set in the near future but technology plays a very limited role in the story. What it really offers is an examination of trust and the role trust plays in holding society together. I am working on a new non-fiction book right now and I am excited about it but “Tribes of Eden” offers something that readers can only find in novels. It creates a world that readers can become part of it paints a picture of the world as it might be.

Widera: We recently had a discussion on GeriPal on the terminology on aging, and in particular, should we use older adults, seniors, or elders? Some of our readers thought that the term elder might perpetuate aging stereotypes. However, in this book and in your work, you use the term elder and elderhood. Is this something we should all consider doing?

Thomas: First off, I think people have a right to choose what kinds of terms are used to refer to them. Having that privilege is essential to even a basic level of human dignity. Second, our language has a limited and quite dismissive aging-related vocabulary. That said, I use the term “elder” for one simple reason. I believe that there is life beyond adulthood. I believe that it is manifested in a developmental stage called “elderhood.” From there it is a short leap to recognizing that a child is a person living in childhood and an adult is a person living in adulthood. Not surprisingly, I see an elder as a person living in elderhood.

In Tribes of Eden it is an alliance between the young and the old that rises up to change the world. That, not surprisingly, it is my hope that elders might have a similar impact in the real world.

Widera: Is there anything else that you think is important for the GeriPal audience to know about your book?

Thomas: Yes, readers, writers and stories are entering into a new relationship. It used to be that panels of experts would judge the worth and value of a book and publishing houses would grant or deny access to an audience. Now, the readers are a big part of the life of a book. Readers determine whether a book rises or falls. We are running a “Join the Ride” campaign over at www.edenunderground.com because we recognize that we are in this with the reader. I like that feeling, it is direct it is authentic and I have found over the years that my readers are passionate people who love to talk about life and what they are learning. I think Tribes of Eden will appeal to them and they will make it a success.

Thanks to Bill Thomas for the interview.  To learn more about the book check out the ChangingAging website.