You are here: Home / Blogstream / How to Cope with Likely Staff Cuts at Nursing Homes 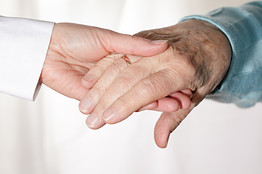 The Centers for Medicare and Medicaid Services (CMS) will cut reimbursement rates to nursing homes by 11.1% beginning in October, and as I reported recently, these cuts could lead to cuts in staffing and services for nursing home residents. “Estimates are that tens of thousands of care staff could lose their jobs in order to balance this kind of a deep cut,” Larry Minnix, CEO of LeadingAge, writes.

For residents, prospective residents and their families, this obviously isn’t good news. Nursing homes with more staff consistently “provided better care than all other homes,” according to the “Relationship of Nursing Home Staffing to Quality of Care” study published in Health Services Research journal.  The quality of the staff also matters, experts say. For example, the health outcomes are better for patients who have nurses and aides who spend a significant amount of time with them each day, according to a report by the Government Accountability Office.

SmartMoney.com asked some experts what to look for to find a home with a quality staff.

Federal law requires that nursing homes that get Medicare or Medicaid aid have at least one registered nurse on staff at all times, as well as other licensed staff “sufficient” to meet residents needs.  (Some states have stricter rules.) But those requirements don’t always lead to adequate staffing, says Toby Edelman, a senior policy attorney with the Center for Medicare Advocacy.  At minimum, the nursing home should have enough nursing staff so that each patient gets to spend a minimum of two hours with a nursing assistant and 45 minutes with a licensed nurse each day, according to a report by CMS.  Ideally, each patient would spend nearly three hours per day with the nursing assistant and one hour with the licensed nurse, the study showed.  On Medicare.gov, you can check out the hours that each resident spends with staff.

A low-turnover rate — less than 30% per year, says Minnix — may indicate that the staff is relatively happy.  ”Continuity of staff has a big connection to quality of care in nursing homes,” says Barbara Kate Repa, a nursing home ombudsman and senior editor at Caring.com.  What’s more, higher pay rates may also point to higher job satisfaction, experts say.  As a point of comparison, the   average rate for a nurse in a home is about $28 per hour and for a nursing aide about $11 per hour, according to the Bureau of Labor Statistics.

Meet the staff members as you can to see if they seem trustworthy and reliable, says Repa. Ask them questions about their qualifications (it’s not rude to do so), how long they’ve worked with the elderly, what their typical day at work is like, and what they like and don’t like about their jobs. Ideally, the nurses and senior staff have worked with the elderly for at least five years, experts say.

Nearly one in five nursing homes employ five or more people with a criminal record, according to a 2011 report by the Office of the Inspector General.  The better homes do background checks, says Minnix, so it’s important to ask the home you’re considering whether they do them or not.  They probably won’t show you the specific background check, but at least you will know that they make an effort to screen staff.

For more tips on how to select a nursing home, click here.