You are here: Home / Blogstream / How to Beat Retirement Plan Writer’s Block 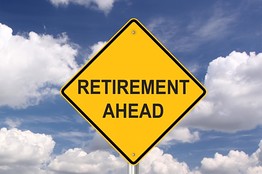 A written financial plan is one of the main things that advisers say you need to ensure that you’ll have enough money to retire comfortably. Yet, most of people don’t have one, a new study shows. Why?

Sixty-nine percent of middle class Americans don’t have a written financial plan, according to a Wells Fargo study released this week.  Even among those that do have a written plan, these plans are often far from complete. Just 18% of the plans include a budget in retirement, just 18% include a retirement income withdrawal strategy and just 17% include savings calculations that take into account life expectancy.

What’s going on here? Nearly one in three people say they don’t have a written plan because “I’m overwhelmed and not sure what steps to take, 21% say that “retirement planning is pointless as there are too many unknowns” and 10% say that “I’m too far behind to catch up.” Just 24% of people say that the reason they don’t have a plan is because they’re “confident that I’ll have enough money in retirement.”

So, how does one get started with a written financial plan?  “Just take a step, even if it’s a small step,” says Laurie B. Nordquist, executive vice president, Wells Fargo Institutional Retirement and Trust. Rather than tackle an entire written plan in one sitting, which can be “overwhelming,” try to break it out into simple little tasks.  Nordquist likens it to a diet: If someone decides to lose 20 pounds, it can be hard to figure out where to start, she says. But if they break this down into daily tasks, like ‘don’t eat carbs today,’ it’s often much easier to do.  Maybe just try to make a budget for retirement on day one, try to figure out how to make cuts to your current spending to save more on day two, and so on. Finally, don’t be afraid to ask for help from a professional, she says — this can give you the nudge you need to finally get that written retirement plan done.