You are here: Home / Blog / Blogstream / How Sex and City Impact Retirement 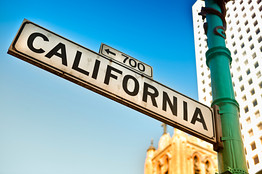 Confidence about retirement varies greatly by gender and place of residence, a new study by Ameriprise Financial finds.  Here’s a look inside the study:

City: The residents of sunny California have a leg up on much of the rest of the U.S. when it comes to weather and great beaches — and, as it turns out, in confidence about retirement.  The Ameriprise study found that people who live in the San Francisco/Oakland/San Jose area were the most confident and optimistic about their retirement prospects, followed by those in Sacremento/Stockton/Modesto and San Diego.  One of the possible reasons why: “California was hit early on in the recession,” says Suzanna de Baca, the vice president of wealth strategies for Ameriprise Financial.  So, people there have had more time to adjust to these circumstances, she says.

Here’s a look at the top 10 cities for retirement confidence.

Gender: One in four men report feeling confident about reaching their retirement goals, while just 19% of women do, the study reveals. One of the reasons for the lowered confidence of women may be that they tend not to be as financially prepared for retirement as men: While 54% of men reported putting money into investments, just 46% of women did.  Furthermore, nearly one in three men say they’ve figured out how much money they’ll need in retirement, while just 20% of women say they have.