You are here: Home / Blogstream / Honoring Wishes: A Story by Nancy Lundebjerg 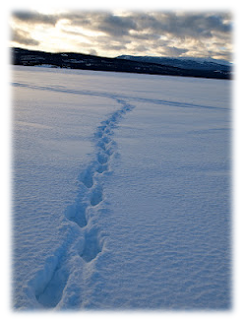 Have you ever read something that made you very sad? I did at the end of last week. It was an earlier post on this blog – Being Accused of Murder – that Dan Matlock had written. It’s frustrating, as I know all too well, this system of ours when it comes to letting – or not letting — someone die.

The story below is the tale of a death when there isn’t a champion like Dan who is inside an institution and who stands up to speak for a patient. It’s the tail end of a story that began when a family caregiver was rescued from an endless round of diagnostic appointments by a geriatrician who said “here’s what we’re going to do” and laid out a practical course of action that covered the medical and social needs of the patient in question. It’s a tale of a death in a nursing home where hospice beds were very new and the culture change had been slow to follow. It’s been over a decade now and the story still makes me mad. It’s the story of my aunt, the story of how she died.

I wanted to share this story from my personal blog because I don’t want clinicians to ever despair at being that clinician who stands up for his or her patient at the end of life. Honoring someone’s wishes about how they want to die is the most important thing we can do for each other. I know, I’ve been there. I’m the family caregiver in this story.

So, thank you Dan for honoring your patient’s wishes. I hope someone does that for me when it’s my turn to go.

I well remember those last days of my aunt’s life. Her court appointed guardian, armed with all the health care proxies and orders that I needed, it was still a struggle to let her go. Sheila wasn’t going out with her boots on — no sirree, she was in the last throes of a full-blown dementia that had started out with self-reports of little people living in her ceiling. A warrior woman in a man’s world — her life is a story for another day. 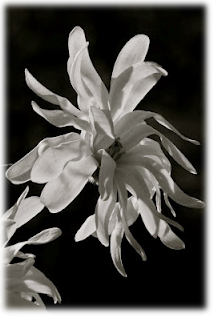 When I tell about how she died, I will often say that I fought on multiple fronts so that we could let her go. It was the ending battle of a war that began when I first started to pay her bills. Sitting in her apartment, sorting paper, and gamely trying to carry on a normal conversation about those little people living in the ceiling.

It was my friend Lisa (a young internist/psychiatrist on the cusp of completing her fellowship) who made the last argument that freed her — who took up my fight, my burden, and bore it for me on those last few steps. I had arrived on her doorstep — armed with all our favorite edible goodies and a story to tell. A story of a visit to a nursing home, an IV fluid having been started by the doctor on call, and a nurse that was crying about her baby. Her baby — my aunt — a woman who would have likely chosen to die much earlier in this journey if it had been left to her. The crying nurse who only meant the best. Who had called the doctor on call to ask that IV hydration be ordered. Made the call despite a clear notation on the chart — no artificial nutrition or hydration. None. Nothing. Nada.

Yet, there was that IV, there was that crying nurse, and there was I — unable to cause pain to someone in so much distress, with no strength to pull the plug — for what seemed like the umpteenth time in a battle that had gone on far too long. Drained and spent by the last few weeks — weeks of parsing out a palliative surgery (the surgeon’s and my preference) rather than a restorative surgery with a doctor who wanted to then go on to restorative surgery (her attending physician). Weeks that included learning that the nursing home DNR would not cover the ambulance or the hospital — one needed one executed for each setting of care. That’s three doctors’ signatures, three times of saying, these are her wishes, she would want to die. Weeks that included a family meeting around the meaning of artificial nutrition — how would my Aunt define it and what would she want? A family meeting where for the first time ever in all the years that my aunt resided there — they wheeled her in to attend it. To preside in her diminished state over my decision on her behalf. A silent witness to my voicing that enough was enough.

“I just couldn’t,” I said that night after I told my sad tale of woe about the feelings of a nurse as they intersected with what I knew to be right. Feelings that so overpowered me with the rawness of the emotion that I couldn’t pull that plug yet again. Looking back, I am in awe at the love that nurse had for her baby, my aunt. At the time, I dismissed it but it was true — that was her baby and I was taking her away. Forever.

“You have to,” Lisa said — “if that IV runs all night, she could live another week.” How stark, how cold those words must sound but they brought me comfort because I knew that — even without the favorite foods – the next words out of her mouth would be: “I will call and take care of this.” And, she did.

She called, she got the doctor on call and the IV was removed. Just like that. And, a couple of days later, my aunt exited this world. It was fitting that she would exit on a Shrove Tuesday — this gregarious woman who built a share house on Fire Island and filled it with laughter and good times. As I remarked to my Mom — she left at the height of the party before the penance of lent and that is how she would have wanted it.