You are here: Home / Blogstream / Higher Anxiety Over Retirement Among Rich, Poor 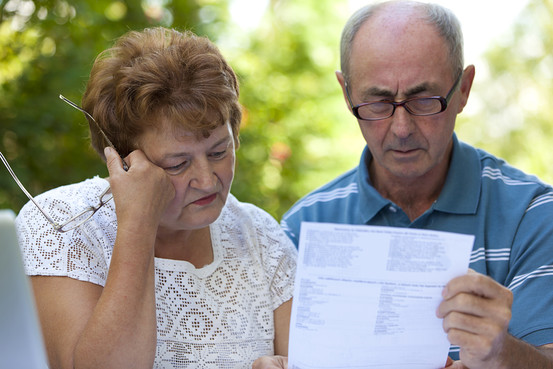 istockphoto
Nearly 90% of Americans fear they won’t have a comfortable retirement, compared to 73% a year ago, a poll found.

We all know that Americans are feeling insecure about retirement these days. A new poll illustrates how pervasive these feelings have become.

According to a recently released survey of 800 voters nationwide, 50% of respondents with $100,000 or less in savings are feeling less confident about their retirement prospects today than they were a year ago. The surprise? Among those with more than $100,000 in savings, the same percentage–49%, to be precise–are feeling just as insecure.

“That is a stunner,” says Bill McInturff, a Partner at Public Opinion Strategies, LLC, which conducted the poll for Americans For Secure Retirement, a coalition of more than 70 organizations–ranging from the Hispanic Business Roundtable to the American Council of Life Insurers–that is dedicated to raising awareness about “the importance of guaranteed lifetime income, whether through annuities” or similar options within 401(K) plans, says Lindsay Gilbride, a spokeswoman for the organization. The organization’s web site says it is particularly concerned about “Americans with little or no access to employer-sponsored plans.”

Normally, Mr. McInturff says, “people with higher savings have a lot less anxiety than those with lower savings.” But clearly, he adds, the impact of simultaneous declines in the housing, stock, and labor markets has taken a toll on the outlook of even the wealthiest Americans.

“Those changes are not just affecting middle income people. They are also having a powerful affect on the affluent.”

Among the survey’s other findings:

·        One out of every two Americans say they are less confident today about their retirement outlook than they were a year ago.

·        Those closest to retirement have experienced the greatest loss in confidence, with 62% of those ages 45 to 54 and 60% of those ages 55 to 64 reporting a loss of confidence compared to a year ago. (In contrast, only 40% of those ages 60 and over–a population with less at stake in the stock market– say they are less confident than they were last year at this time.)

·        50% of respondents believe Social Security and Medicare should be off-limits to budget cutters.

·        88% of respondents say they are concerned about being able to maintain a comfortable standard of living throughout retirement–up from 73% last September.

That last statistic–which shows an erosion from an already-high level of retirement insecurity–is cause for alarm, says Mr. McInturff. “If you had asked me a year ago whether retirement confidence would further erode from 73% to 88%, I would have said no. That’s a big concern.”