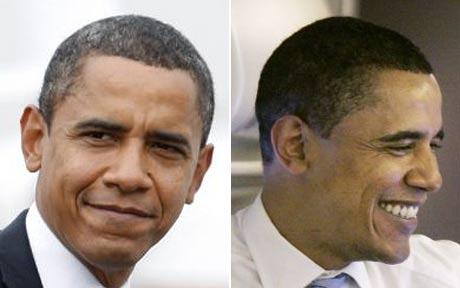 President Barak Obama turns 50 today. In 2009 the New York Times reported that President Obama’s hair started turning gray just 44 days into office. I’d like to thank the president for every gray hair he’s earned on the job. Below First Lady Michelle Obama invites you to sign a birthday e-card for the president.

Every day, I see Barack make choices he knows will affect every American family. That’s no small task for anyone — and more proof that he’s earning every last one of those gray hairs.

This has been a busy week in Washington, but today happens to be Barack’s 50th birthday. I’m writing to you because this year, the girls and I would like to do something a little different.

I’m asking friends and supporters of this campaign to wish him a happy birthday by signing his card, and sharing why you’re on this journey with us.

Your names and notes will become part of a book that tells the story of this campaign — who’s building it, why we’re in this thing, and what he means to us. We’ll deliver a copy to Barack and send one to our campaign offices across the country.

Thanks for being a part of this,