You are here: Home / Blogstream / Financial Woes Worsening For Seniors 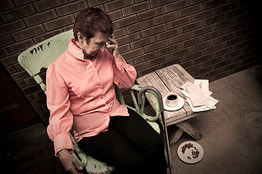 Seniors continue to be hard hit by the current economic turmoil, a series of new studies show. Here are some of the findings:

“These new numbers only reinforce what AARP and AARP Foundation hear from real people every day: older Americans are struggling to make ends meet,” Jo Ann Jenkins, president of the AARP Foundation, writes.  “Whether they are trying to put healthy food on their table, pay their latest pharmacy bill or maintain a safe home, the struggling economy is holding them back.”