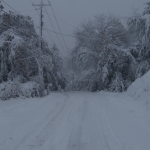 Snowed-In But Not Out

I arrived in London this weekend despite some major weekend travel snafus thanks to New England’s snowy Nor’easter. More updates from the UK soon but first I wanted to share a note I sent to my good friends at CharterCare in Rhode Island, who I missed speaking to Saturday night because of the weather. On the bus, on the way to the train, on the way to Boston to make my flight to the UK, I composed this message: Full Story » 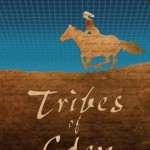 By Kavan Peterson on November 1, 2011 | ChangingAging.org

We are now in the exciting phase of developing cover art for Dr. Bill’s upcoming novel “Tribes of Eden” and we’d like to offer ChangingAging readers an exclusive first look at some of the concepts our team has developed. We’ve created three designs and would like to get your feedback. Full Story » 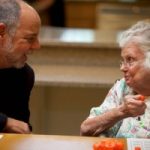 Words such as ”involving” and “partnership” are important here, because they challenge us to go beyond the usual way in which we “care for” a person living with dementia. Although we strive to be “person-centered”, this too often translates into a paternalistic and objectifying approach to life and care. The problem boils down to the tricky nature of empowerment. Full Story » 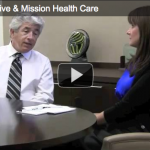 What does the Eden Alternative philosophy mean to those who practice it? Gary Kelso, president of Eden-registered Mission Health Care in Salt Lake City recently sat down with Provider Magazine to discuss his organization’s dedication to the Eden journey and the many benefits reaped by residents and staff alike. Full Story »

A Celebration of the 100th Green House Home

By Wally Patawaran on November 1, 2011 | The John A. Hartford Foundation Blog

A few weeks ago, I had the privilege of being invited by NCB Capital Impact to learn more about The Green House Project, which is led by Robert Jenkens, and to celebrate the opening of the 100th Green House home in West Orange, New Jersey. The Green House home is an alternative model to the traditional nursing home and is designed to transform the way skilled nursing care is currently delivered. It is differentiated by the interior design, the staffing pattern, and the philosophy of delivering skilled care, all of which are designed with individualized and personal care for elders in mind. Full Story »

Through the Looking Glass

Note: This is the first blog of a two-part series. I’m moving into the nursing home in a few days. Oh, there is nothing wrong with me. I’m moving in because I want to. (Really? You say?) yes really. You see, I created this program with my staff called, “Through the Looking Glass.” I challenged my staff to move into the nursing home and live as a resident. They had to pick a diagnosis and face daily challenges people in nursing homes face every day. Full Story »

Earlier this week, the human race passed the 7-billion mark, and continues to expand. Much of the attention given to that milestone as focused on the many thousands of births that take place each second all around the world, but especially in India and subsaharan Africa. Yet, the other side of the demographic story must also be taken into account: people live longer. They remain productive later into longer lives, and – as an aggregate – technology helps them live well beyond a few years of retirement. Full Story »

The Best Way to Die

The more I read, the longer I live, the more I understand how important it is to prepare for death. Thanks to the conversations I’ve had — first and most importantly with myself and then with my kids and doctors, I’m as ready as I can be (the unexpected, however, seems to happen more often than the expected) as are the people I love. Full Story »

Americans seem to believe they’ll remain forever young and healthy but some experts estimate that most seniors will need long-term care at some point in the future. Full Story »

Geriatric Palliative Medical Education – Yeah! There is a place to start from

Have you heard of the Portal for Online Geriatric Education (POGOe)? The Portal of Geriatric Online Education (www.POGOe.org) is a free public repository of geriatric and palliative care educational materials. Full Story »

Elders Worry About Today and Tomorrow

A new report from the AARP Public Policy Institute highlights the pessimism of elders (50-plus) about the economy in general and their job opportunities.

A large number, 76 percent were “not too” or “not at all” confident that they could find a good job within the next six months. (Asked of people working and people no longer in workforce.) Full Story »