Being Well — Well Being

“Wellness” is a surprisingly difficult topic to talk about, here’s why…

If you talk about wellness from a truly holistic point of view, the concept is so smooth and round, so genial and bland that it is hard to say anything useful about it.  Consider this… Full Story » 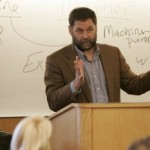 By Kavan Peterson on October 21, 2011 | ChangingAging.org 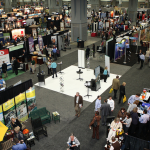 LeadingAge Conference Focuses on the Future of Aging Services

By Kavan Peterson on October 18, 2011 | ChangingAging.org

If you work in the non-profit sector of the long-term care industry you know the biggest conference of the year kicked-off this week in Washington, D.C. at theLeadingAge 2011 “Celebrate Age” annual meeting. The first day of the conference was overshadowed by Friday’s announcement from U.S. Secretary of Health and Human Services Kathleen Sebelius that the CLASS Act long term care insurance program could not be moved forward.  Full Story » 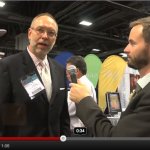 Culture Change: It Works And It’s What People Want

By Kavan Peterson on October 20, 2011 | ChangingAging.org

I spent a couple hours on the exhibition floor of the LeadingAge 2011 conference interviewing vendors and leaders in long-term care about the growing influence of the culture change movement in the aging services industry.

One of those leaders — Doug Pace, executive director of the Long-Term Quality Alliance — summed it up best: culture change is growing like fire because it works, it’s affordable and it’s how people want to live and be served. Full Story »

How Does One Decide to Stop Getting Medical Tests?

I am astonished at the number of diagnostic tests prescribed for older seniors. When my husband’s mother was 90, she had a gynecological exam — we suggested it and the doctor carried it out — and though I knew the doctor was gentle, Mother cried out because of the discomfort. Full Story »

At a residential facility for seniors connected to the Mayo Clinic, researchers study how to extend health span to match lifespan. Full Story »

When an editor at a major celebrity magazine proposed a profile of an educator teaching two-year-olds to speak second languages a few years ago, the editor in chief scoffed: “For what, so they can order their food in French?’ An embarrassed silence filled the air.

Now, a Canadian study has given a stunning retort:

People who speak more than one language suffer twice as much brain damage as those who speak only one language before they exhibit symptoms of Alzheimer’s disease. Full Story »

As I write this on Tuesday, it is expected that on Wednesday – today – the Social Security Administration will announce a cost-of-living-adjustment (COLA) to the SSA benefit. It is expected to be about 3.5 3.6 percent and will be the first increase since 2009.

Now before you run out and spend that money (at 3.5 percent, $37.70/month on the average benefit of $1077) remember that for beneficiaries enrolled in traditional Medicare, with the COLA comes an increase in the Medicare Part B premium which is deducted from most people’s Social Security payment. Full Story »

The Boomer Legacy According to Tom Friedman and Steve Jobs

According to the celebrated editorial columnist Thomas Friedman, The Greatest Generation saved prodigiously, consumed prudently, and elevated the nation into an international economic powerhouse following World War II. On the other hand, Boomers have been profligate spenders while failing to leave the nation in better condition than the nation they inherited from their parents. Full Story »