A Sanctuary for Elderhood

By Dr. Bill Thomas on November 10, 2011 | ChangingAging.org — Along the journey of creating, launching and now rapidly growing The Green House® Project there have been many important milestones. Building the first Green Houses in Tupelo, Miss. Getting the strong backing of RWJF . And most recently celebrating the opening of the 100th Green House home in West Orange, N.J., which garnered national attention through the The New York Times.

But perhaps the most exciting milestone for me personally happened in Rochester, N.Y., where St. John’s Home is opening the doors to the first Green Houses to be built in the community, indistinguishable from neighboring houses. Full Story »

ChangingAging in the UK and Europe

By Kavan Peterson on November 8, 2011 | ChangingAging.org — Dr. Bill Thomas is currently traveling through Europe visiting partners in the Eden International community and also reaching out to long term care officials and advocates across the continent. He asked me to feature a new blog from one of the organizations he met with that supports building community and home-based networks to help meet the needs of adults and elders. Full Story »

By Thomas Torrey on November 3, 2011 | WrinkleThink.com — The New York Times just published an article entitled “A Nursing Home Shrinks Until It Feels Like Home”. It’s a good article that is helping to introduce the Greenhouse Project to the mainstream. The Greenhouse Project is a movement among skilled nursing providers that has become an alternative to the conventional “institutional” model within the industry by focusing on a home-like environment and person-centered care for elder patients. Full Story »

By Kavan Peterson on November 9, 2011 | Eden Alternative Blog — Eden registered Elim Care Center in Fargo broke ground this week in a major $7 million renovation and expansion of their facility that will create 20 private single-occupancy rooms and make rehabilitation services more accessible and person-centered. Elim has been a strong advocate for culture change, working hard to create warmth and spontaneity in their home by welcoming pets, opening a children’s center and fostering teams to develop “human habitats” for elders. Full Story »

By  Patricia Sheehan on November 8, 2011 | Long-Term Living Blogs — One of the best things about my job as editor of Long-Term Living is bringing attention to senior living communities that go above and beyond routine care for their residents. That’s the focus of our annual OPTIMA award, which I was due to present last Thursday to this year’s winner, Villa Crest Nursing and Retirement Center , Manchester, N.H. Full Story »

Ecumen Awakenings in the News

By Ecumen on November 9, 2011 | Ecumen’s Changing Aging Blog — Gary Babcock hadn’t heard his father speak in two years, and watched as Melvin Babcock sat motionless, most often slumped in sleep, in his wheelchair. Melvin Babcock was living with Alzheimer’s, and as his behavior became more and more agitated, caregivers increased his antipsychotic medications in effort to “restrain” him. That was before Melvin became part of Ecumen’s Awakenings program at Ecumen North Branch. Full Story »

By John Schappi on November 8, 2011 | Parkinson’s Aging and Me — Last Sunday’s New York Times carried a feature on the upsurge in sleeping pill use by women, particularly working mothers. Here’s some of what the Times had to say — Mother’s little helper of the new millennium may in fact be the sleeping pill. Full Story »

Another Article on the Geriatrician Shortage

By Marti Weston on November 6, 2011 | As Our Parents Age — In Boomers’ Aging Casts Light on Geriatrics Shortage, reporter Matt Sedensky describes the increasing shortage of geriatricians –physicians who are trained to treat aging seniors. For those of us who are moving toward retirement, this is a serious problem. Full Story »

Watch Out For This Nursing Home Scam!

By John Schappi on November 4, 2011 | Parkinson’s Aging and Me — One fifth of Medicare nursing home patients with advanced Alzheimer’s or dementia were sent to hospitals for questionable reasons in their final months, often enduring tube feeding and intensive care.

Researchers suspect that it’s not a coincidence, since Medicare pays a nursing home about three times the normal daily rate when it takes patients back after brief hospitalizations. A group of researchers from Brown University, Harvard University and Dartmouth Medical School studied about 475,000 nursing home patients who had been transferred to hospitals. Among them, 19 percent were moved for questionable reasons. Full Story »

By Christopher Gardner on November 8, 2011 | MKCreative Blog — This past October 1st, the Centers for Medicare and Medicaid Services (CMS) put into effect new regulations concerning the payment or reimbursement of services to skilled nursing facilities and certain types of housing for older Americans. A new survey conducted by Avalere Health LLC, released this week, shows just how such elder-care facilities have reacted to the new stipulations. Overall, the trend is clearly toward reductions and cuts. And they come at a time when ever more Baby Boomers move toward retirement along side their longer-living GI Generation predecessors. Full Story » 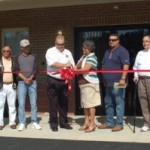