You are here: Home / Blogstream / Changing 401(k)s to Boost Saving 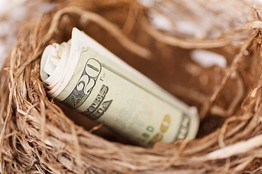 In an era in which 401(k) plans have largely supplanted old fashioned pension plans, we hear ad nauseam that retirement is the employee’s responsibility.

But that doesn’t mean employers don’t have an important role to play. A new study by 401(k) administrator Principal Financial highlights several key ways in which employers can “entice participants” to save the 11% to 15% of salary per year that many advisers–including Principal–say is necessary.

One big problem: Currently, more than two-thirds of companies who automatically enroll workers in their 401(k) plans set contribution rates at 3% of salary or less, unless an employee chooses otherwise. Simple inertia takes over for many, who remain at that 3% “indefinitely,” according to Principal’s report.

One key solution, Principal says, is for employers to also “automatically escalate” those contributions, by raising employee savings rates by a set amount–typically, one percentage point a year–until they reach a certain threshold.

Another proposal (and one that  gets relatively little attention) calls for restructuring employer matching contributions in ways that encourage greater savings. For example, rather than match 50% on savings of up to 4% of pay, Principal suggests “a match of 25% on deferrals of up to 8% of pay.” The cost to the employer, it adds, remains unchanged, “but the participant is enticed to defer twice as much.”

Principal’s other recommendations include:

The study says that plan sponsors believe employees should be saving an average of 12% of annual pay, and that those goals are more likely to be achieved with better designed 401(k) policies.