You are here: Home / Blogstream / CAREFUL NOT TO BE A “SLAVE” TO RESEARCH.

Tweet
Share
Share
Email
0 Shares
CAREFUL NOT TO BE A “SLAVE” TO RESEARCH. As useful as attitudinal surveys can be, there is a risk to becoming a “slave” to public opinion research. Results from tracking politics, marketing or issues, oblige interested parties to make judgment calls, especially when the findings contradict a planned course of action. The choices then are to: 1) change direction to follow the results, or 2) stay the course and commit to adjusting public opinion to follow what is believed to be a better path.
More often than not, and usually with some angst, courses are changed. This option, though, is more suspect and complicated when survey responses are based on speculation about the future.
A perfect example, related to “aging,” is the proliferation of surveys indicating most all Baby Boomers want to age in their own homes, not in “retirement” or skilled nursing communities. At Eskaton our anecdotal research among residents contradicts this attitude and has prompted us to plan to quantify these findings by surveying our full population of 3,000. 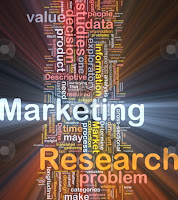 Of our sampling of residents, whose average age is 83, none planned to live in our communities when they were healthy 65-year-olds (which is significant because most Baby Boomer surveys measure opinions of people 65 and younger). Conversely, now that they’ve experienced “community living,” the most common response is “I wish I would have done this sooner.”
To further marginalize the value of many attitudinal surveys, ask who can say with certainty what they will want or need 20 years into their future. In fact, many of us think differently today than yesterday. It is human nature to reprocess as we gain more information and adjust to new circumstances.
Eskaton accepts that most people will always prefer to age in their own homes; and we now provide an array of home support services and even offer “livable design” counsel to homebuilders. But, at the same time, we continue to prepare our communities for the 5-10 percent (of the 78 million individuals) in the next generation of older adults who, as history repeats, will eventually want or need the health and social benefits of our community living options.
As Mark Twain infamously quipped, “There are lies, damned lies and statistics.” Not that we’re calling anyone liars, but we’re not acknowledging anyone’s fortunetelling credentials either. We’re just keeping our head in the game so  as you round the bases and head home, we’ll be ready.