You are here: Home / Blogstream / Boomers, Is Your Parents’ Retirement Style ‘Too Boring’? 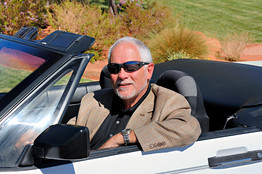 A new study by Age Wave, a research, marketing, and consulting firm focused on the aging population, confirms what many of us suspect about retirement: Our perceptions of this phase of life are changing.

Ken Dychtwald, a gerontologist and the founder of Age Wave, says popular perceptions of retirement have undergone two major shifts since the 1930s, when the creation of Social Security helped finance a period of “brief rest after a life of hard work.”

The first shift occurred in the 1970s, amid the rise of a new generation of retirees, who were enriched by defined benefit pension plans and a savings ethic influenced by the Great Depression, Mr. Dychtwald says. “Retirement became promoted as a time of entitlement and leisure,” he says. “It was a time to kick back and to play.”

Now, he says, the retirement culture is undergoing yet another change. “What we see in our study is that the boomers are rejecting their parents’ style of retirement. They may feel that it’s too boring for them,” Mr. Dychtwald says.

Moreover, he adds, “they certainly cannot afford it.” Based on a national survey of Americans 55 and older funded by life insurer SunAmerica Financial Group, the study finds that one-third of respondents say their financial assets “have not recovered” from the recession. In addition, 46% say their home is worth less than it was before the recession.

The change in retirement culture is also being driven by greater longevity, which means that many people face as many as 30 or more years in retirement—a period during which they want to “stay active and involved,” Mr. Dychtwald says. Here are some of the specific findings:

* 54% of retirees (65 and older) and pre-retirees (55 and older) “view retirement as a new chapter in life, rather than a winding down—a significant increase over the 38% that held a similar view a decade ago.”

* Pre-retirees “say they now intend to delay retirement by five years—from 64 to 69—triggered in part by the recession and financial need.”

* Almost two-thirds say “they would ideally like to remain productive and include some work in retirement.”