You are here: Home / Blogstream / Baby Boomers and Wine: A Love Story? 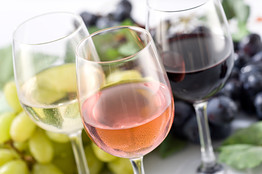 To celebrate a recent milestone birthday, my husband and I found ourselves doing what many boomers do: spending a long weekend hopscotching among country inns, sightseeing, pursuing locavore dining and checking out wineries. But our destination wasn’t Napa Valley, eastern Washington or even, closer to home, New York’s Finger Lakes region or Eastern Long Island. We were bending our elbows in … Virginia. And we weren’t alone. According to the Virginia tourism folks, a million visitors a year head to at least one winery in the Old Dominion state.

As an oenophile destination, it’s grown impressively. In 1979, Virginia had just six wineries and 286 acres devoted to wine grape production.  By 2007, that number had grown to 130 wineries and almost 3,000 acres, with annual production weighing in at some 350,000 cases of wine. Four years later, on our little jaunt, we had 193 wineries to choose from—a 48 percent increase, even after a major economic downturn.

With boomers rapidly hitting the retirement zone and travel finally bouncing back after the downturn, it’s no wonder wine-related tourism options are growing—and targeting boomers. According to a recent survey by the Wine Market Council, some 40 percent of baby boomers identify themselves as wine drinkers—compared to 23 percent of the millennials. (And almost 70 percent of baby boomers aged 60-64 say they prefer wine to other alcoholic beverages.) In fact, 11 percent of older boomers say they’re drinking wine daily, and nearly 30 percent are enjoying a glass or two a few times a week.

Of course, in boomers’ minds, it’s not all just about getting our relax on. In the Wine Market Council survey, the top reason older boomers gave for drinking wine? “Health or health-related.” Ah yes. Who hasn’t invoked the supposed benefits of red wine and dark chocolate now and again as an excuse for a little indulgence?

Like other savvy wine destinations, Virginia vintners have seen that the wine tasting crowd, boomers high among them, want value for their experience. Translation: They’re looking for more than the standard tour, followed by a few two-ounce pours. To that end, many in the state have amped up their extra summer attractions, including outdoor concert series (Tarara, Cross Keys and Chateau Morrisette) and polo matches (King Family Vineyards). For eco-conscious oenophiles, there’s now a solar-powered Virginia vineyard (DuCard) and the first LEED-certified winery on the East Coast (Cooper). For those who want to be more active, the region’s heat and humidity permitting, there’s even kayaking (Chatham Vineyards) and bocce (Gadino Cellars). Of course, for those content with a scenic hoof around, Virginia countryside is among the lushest and greenest, and many vineyards open their grounds to hikers.

The question remains: What about the wine? Thomas Jefferson, perhaps Virginia’s most famous oenophile, tried throughout his life (unsuccessfully) to grow wine grapes in the Commonwealth’s otherwise farm-friendly territory. Happily, these days, science helps the process along quite a bit and Virginia’s best-known (and award-winning) varietals include Cabernet Franc, Merlot, Chardonnay and Viognier. Weekend trippers should be forewarned: it’s a big state, with at least half a dozen separate wine regions, so do some planning and mapping before you go.  Two of the oldest and most renowned vintners in the state include Linden, around since 1983 and especially known for its elegant chardonnays, and Barboursville, located outside Charlottesville, whose wines have been served at both Obama’s inauguration and, most recently, the British embassy’s reception in connection with the Will & Kate wedding extraganza. We were particularly taken by the vineyard’s famed Bordeaux blend called Octagon.

Speaking of Bordeaux blends, there’s an ambitious new vineyard on the block called RdV, located in Fauquier County, that’s just released its first vintages of both a French-style Bordeaux and a California-style Cab blend. Critics have compared the former to such lofty wines as Dominus. They don’t have a public tasting room, but are open for private dinners and tasting events. From what we tasted, I suspect cult status may be in the offing.

One other interesting note: During our trip, my husband and I read a fascinating book called The Wild Vine: A Forgotten Grape and the Untold Story of American Wine, which documents of the discovery of this country’s first indigenous grape called, unpoetically enough, the Norton. It was first cultivated by a colonial-era Virginia doctor and is now being enthusiastically revived at a vineyard called Chrysalis in Middleburg. The story’s a wonderfully written mystery and as for the Norton? Alas, we didn’t make it there for a sip, but for anyone interested in American wine, it’s an historic must-try.