You are here: Home / Blogstream / Are Your Kids Putting Your Retirement at Risk? 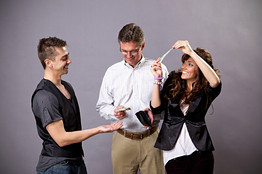 If you’re like most boomer parents, you give cash or some kind of financial support to your adult children. And while this is certainly a generous move, it’s also a risky one, especially for those who haven’t yet saved enough for retirement.

Fifty-nine percent of parents financially support their adult children (ages 18 to 39) who aren’t in college, according to a new study by the National Endowment for Financial Education.  Nearly half (48%) help their adult kids with living expenses, 41% with transportation costs, and 29% with spending money.  When asked why they do it, 43% of parents said it was because they were “legitimately concerned” with their child’s financial well-being, and 37% said it was because they didn’t want their children to struggle financially like they once did.

But giving money to your adult children can have serious financial ramifications for your retirement, says Pat Seaman, a spokesperson for the NEFE. “You might not be able to save as much as you need to,” she says.  In fact, 7% of parents had to delay retirement as a result of their financial support of the kids, and more than one in 10 had to delay a major life event like buying a new home. What’s more, 26% of parents have had to take on more debt because of it, the study found. That too, can impact your retirement, as paying down debt can impact how much money you’re able to save and eat into a relatively fixed nest egg once you retire.

As any parent knows, it can be tough to know when to say when to the kids. As a general rule, “take care of your own retirement needs before helping the kids,” Seaman says. That often means saying “no” except for in dire circumstances and letting the child fend for himself.  But it doesn’t always: “Ask yourself if you can help the kids in another way.  If they need a place to live, let them stay with you for a few months rather than paying for their rent,” she says.

You should also evaluate the root cause of your child’s demand for money, she says. “It’s important to ask yourself whether it’s a short-term crisis or a chronic condition,” Seaman says.  If it’s something like substance abuse or unhealthy spending values, you need to have your child “open up her finances for you so you can go through them together.”  This way, you can help prevent future financial drains. For more tips on how you can deal with the financial needs of an adult child, click here.