You are here: Home / Blogstream / Are Your Kids Putting Your Retirement At Risk? Part II 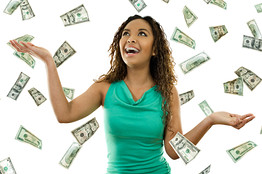 Would you support your adult children at the expense of your own retirement security? For a majority of baby boomers—57%, according to a new survey by TD Ameritrade, Inc.—the answer is yes.

Thanks to the recession, the question is not a theoretical one for many families. According to the survey, 54% of boomers have had a child, age 25 or older, move back home for three months or longer. Parents, it appears, are trying to help their adult children weather high unemployment rates and the consequences of having loaded up on debt.

But for the parents, the financial consequences can be problematic. Of those “sharing the nest with their adult offspring,” 42% reported a “negative impact on their finances,” according to TD Ameritrade. Moreover, among the 55% of boomers who now plan to delay retirement, 17% blame a decision to support adult children or other relatives.

Interestingly, the survey points to generational differences when it comes to parental support: “Thirty-nine percent of Gen X and 41% of Gen Y has received financial support from a parent after college, compared to only 22% of matures”—born between 1930 and 1945—and 34% of boomers, the survey says. (Members of Gen X were born between 1965 and 1976, while Gen Y spans from 1977 to 1989. The boomers were born between 1946 and 1964.)

Likewise, only 9% of the “matures” said they had ever had to move in with relatives as adults. In contrast, 20% of Gen X and 23% of Gen Y have done so. Moreover, the survey adds, 25% of Gen Y reports that parents are defraying such ongoing expenses as those associated with cell phones, insurance, and automobiles.

Due to the rising cost of a college education, “Gen Y is graduating with larger amounts of debt on their balance sheets,” says Lule Demmissie, managing director of investment products and retirement at TD Ameritrade. The tight job market, of course, has aggravated their financial problems.

TD Ameritrade’s advice to parents: Consult experts to ensure you aren’t compromising your retirement security and “develop a timeline to help everyone regain his or her financial independence.”

Judging by the comments on a similar blog post by SmartMoney reporter Catey Hill, readers are disturbed by the trend: